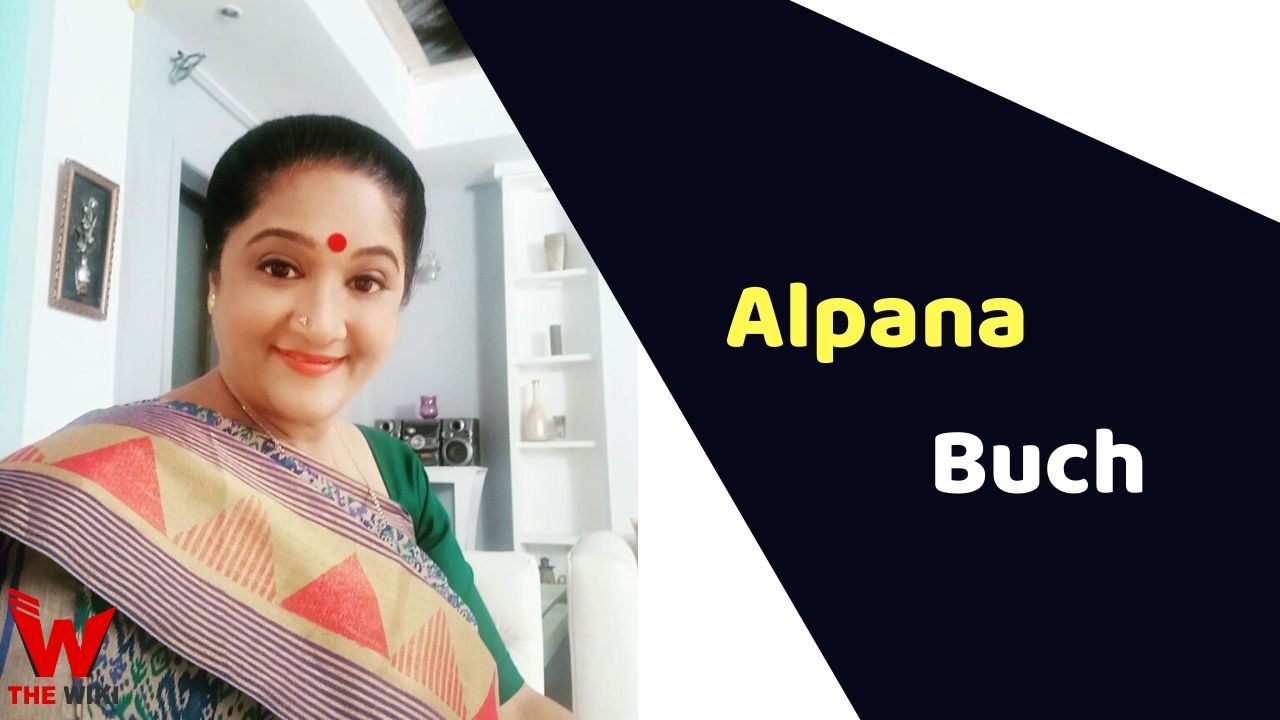 Alpana Buch is an Indian television actress. She is known for television shows Baal Veer, Anupamaa, Papad Pol and Saraswatichandra. Apart from television, she has also worked in the Gujarati film industry. She is active in the acting industry for almost 3 decades.

Alpana Buch was born in Dwarka, Gujarat. She was fond of acting since childhood. Coming from a film family, she started working in this field from a very young age. The actress, who has been associated with theater for a long time, got recognition in the television industry from the 2010 show Papad Pol. After performing this show, she was seen in many serials like Udaan, Roop – Mard Ka Naya Swaroop, Saraswatichandra, Baal Veer and Anupamaa.

Alpana Buch comes from a film background family. She is the daughter of Kamal and Chhel Vayeda. Her father was a famous director and producer of the Gujarati film industry. Her brother Sanjay Chhel is a director, writer and lyricist. She is married to Hindi and Gujarati stage artist Mehul Buch. She has a daughter named Bhavya in the family.

Some Facts About Alpana Buch

If you have more details about Alpana Buch. Please comment below we will updated within a hour.