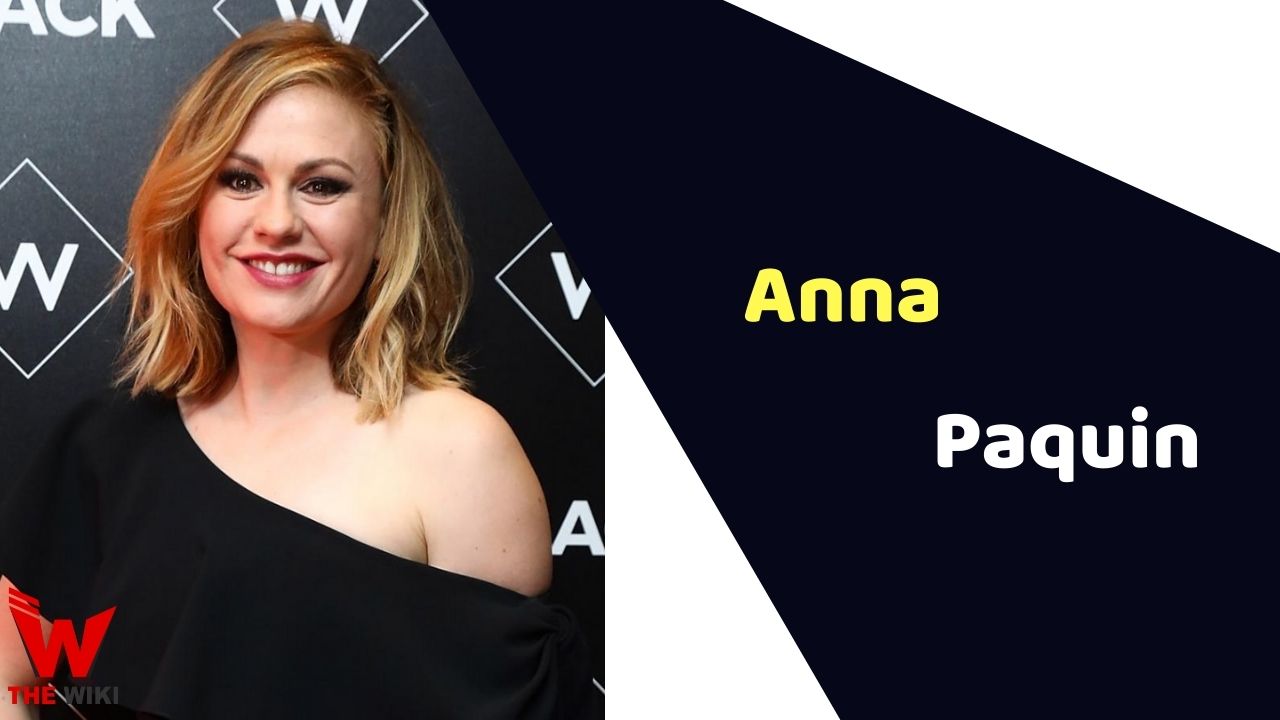 Anna Paquin is a Canadian-New Zealand television and film actress. She is renowned for her roles in Buffalo Soldiers (2001), 25th Hour (2002), Steamboy (2005), Open House (2010), Margaret (2011) and The Courageous Heart of Irena Sendler (2009). Anna started her career as child actress and received multiple times nomination at Young Artist Award. She won the Golden Globe Award for Best Performance by an Actress in a Television Series – Drama in 2009 for her performance in television serial True Blood (2008–2014).

Anna Paquin was born on July 24, 1982 in Winnipeg, Canada. Her father’s name is Brian Paquin, is a Physical education teacher while her mother Mary Paquin is an English Teacher. She has two siblings named Andrew and Katya. Anna did her schooling at Raphael House Rudolf Steiner School, Hutt Intermediate School and Windward School. She enrolled herself at Columbia University but dropped out to continue her acting career.

Paquin began her career with the film The Piano in the year 1993, portrayed the role of Flora McGrath and earned Academy Award for Best Supporting Actress at the age of 11. However after getting this huge fame through the debut film, Paquin and her family did not plan to continue to pursue acting. After a year, she appeared in few television advertisements. Paquin acted in the film Jane Eyre as Young Jane Eyre in the year 1996.

She got featured in the movie Fly Away Home as Amy Alden in the year 1996. The Next year, she did a movie Amistad as Queen Isabella II of Spain in 1997. In 1998, she acted in the movie Hurlyburly as Donna. In 1999, she did three movies like A Walk on the Moon as Alison Kantrowitz, She’s All That as Mackenzie Siler, It’s the Rage as Annabel Lee. She also appeared in the Marvel’s movie X-Men, X-Men: Days of Future Past and X-Men: The Last Stand as Marie Rogue.

Besides films, Paquin is very active in television as well. She made her debut with the television film The Member of the Wedding as Frankie Adams in 1997. From 2008 to 2014, she acted in the series True Blood as Sookie Stackhouse.

In 2016, she got featured in the series Roots as Nancy Holt in Part 4. She produced and acted in the series Bellevue as Annie Ryder in 2017. In the same year, she did a series titled Alias Grace, as Nancy Montgomery in 5 episodes. Her other notable works are Philip K. Dick’s Electric Dreams, Flack, The Affair etc.

Anna Paquin is married to Stephen Moyer in the year 2010. He is an actor by profession. The couple has fraternal twins named Charlie and Poppy.

Some Facts About Anna Paquin

If you have more details about Anna Paquin. Please comment below we will updated within a hour.