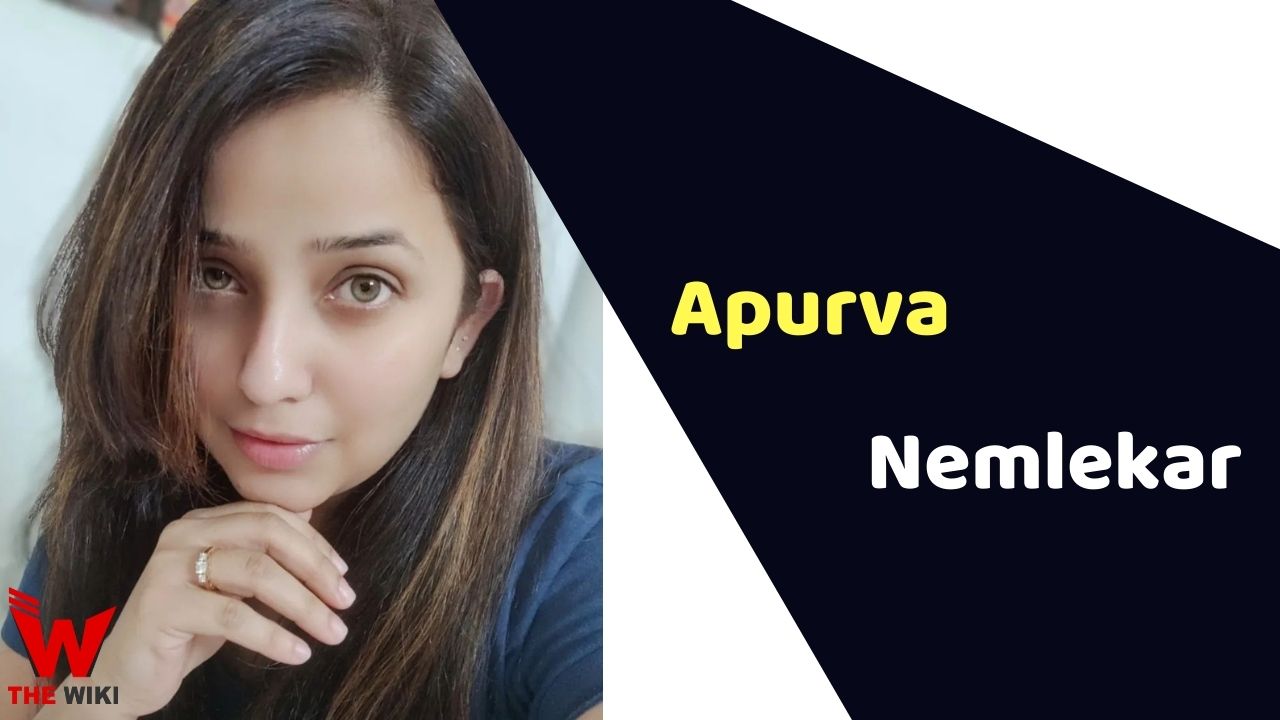 Apurva Nemlekar is an Indian television and movie actress who predominantly works in the Marathi industry. She is famously known for playing the role of Shevanta in the movie Ratris Khel Chale 2. She debuted with the television serial Aabhas Ha aired on Zee Marathi.

Apurva Nemlekar was born on 27 December 1988 in Mumbai, Maharashtra. Her mother’s name is Supriya Nemlekar. She has a younger brother Omkar Nemlekar in the family. Apurva did her BMS degree from D.G. Ruparel College of Arts, Science, and Commerce.

Apurva started her career with the television serial Aabhas Ha as Aarya from 2011 to 2012. She participated in the show Eka Peksha Ek- Jodicha Mamla in 2013. In 2015, she acted as Soumya in the television serial Tu Jivala Guntavave aired on Star Pravah. Apurva got cast in the serial Prem He as Tanvi in 2017. From 2017 to 2018, she starred in the Colors serial Tu Maha Saangaati and potrayed an important character of Soyra. This show takes a look at Tukaram’s life more from his wife’s viewpoint. She played the role of Shevanta, one of the women Anna was obsessed with and his wife in the supernatural thriller-drama series Ratris Khel Chale 2 aired on Zee Marathi from 2019 to 2020.

Some Facts About Apurva Nemlekar

If you have more details about Apurva Nemlekar. Please comment below we will updated within a hour.