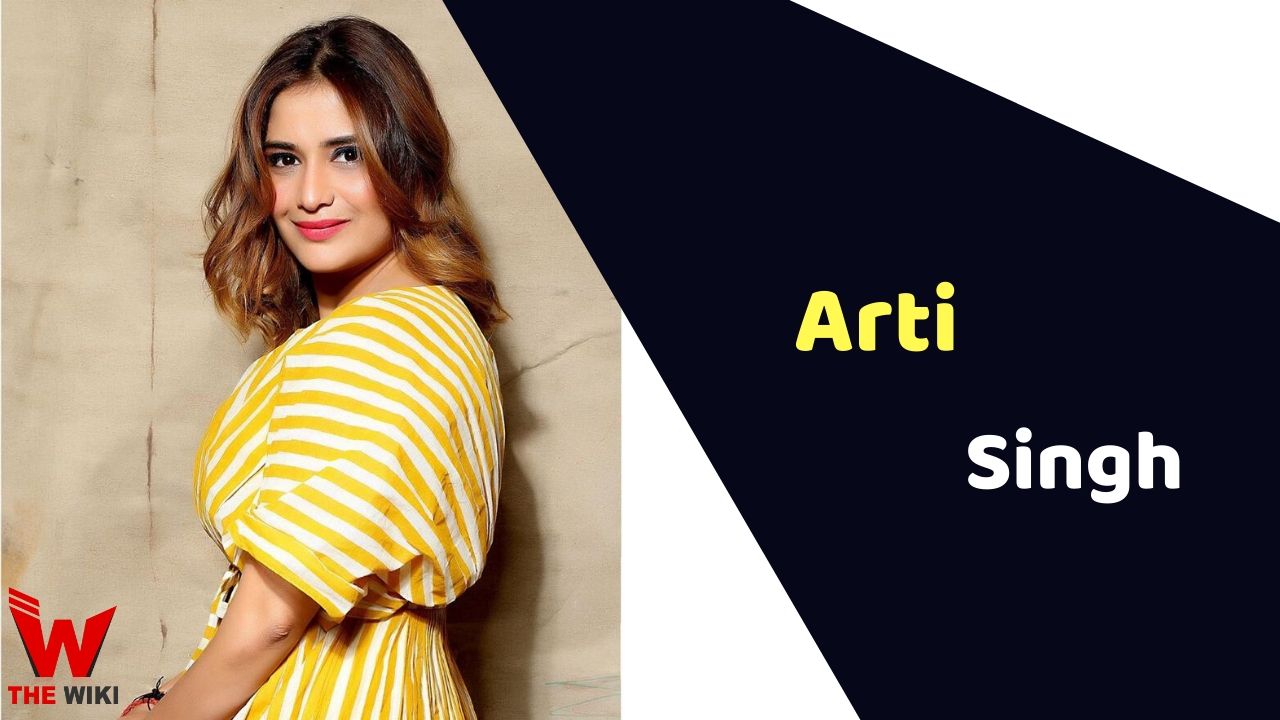 Arti Singh was born on 5 April 1985 in Lucknow, Uttar Pradesh. She is the daughter of Atmaprakash Sharma and Padma. Her mother Padma died 39 days after her birth. After which her father did second marriage with Geeta Singh.

Singh belongs to a film background family, where her Uncle Govinda is an actor in the Bollywood film industry. She has two brothers Krushna Abhishek and Vivek Singh. Krushna Abhishek is a well-known actor and comedian in the television industry.

Coming from the film background, Singh soon started working in the television industry. She made her career debut with television show Maayka in the year 2007. In this show, she played the role of Soni Khurana. After this show Singh worked in many television shows like Grihasti, Parichay – Nayee Zindagi Kay Sapno Ka, Uttaran, Devon Ke Dev … Mahadev etc. She is one of the top actresses in the television industry. In the year 2019-20, Arti Singh also participated in Salman Khan’s TV reality show “Bigg Boss 13”.

Aarti Singh is single but Singh makes a lot of headlines about her personal life. There are many rumour story of her about dating actors like Ayaz Khan and Siddharth Shukla but she never publicly accepted her relationship.

Some Facts About Arti Singh

In case you missed it, here’s a glimpse of last night’s premiere episode as our dear Arti entered the Bigg Boss house! But before the entry there had to be some fun as brother Krushna Abhishek came to introduce as well as bid adieu to his sister! #ArtiKiArmy #BiggBoss13 @colorstv @beingsalmankhan @voot @endemol_shine