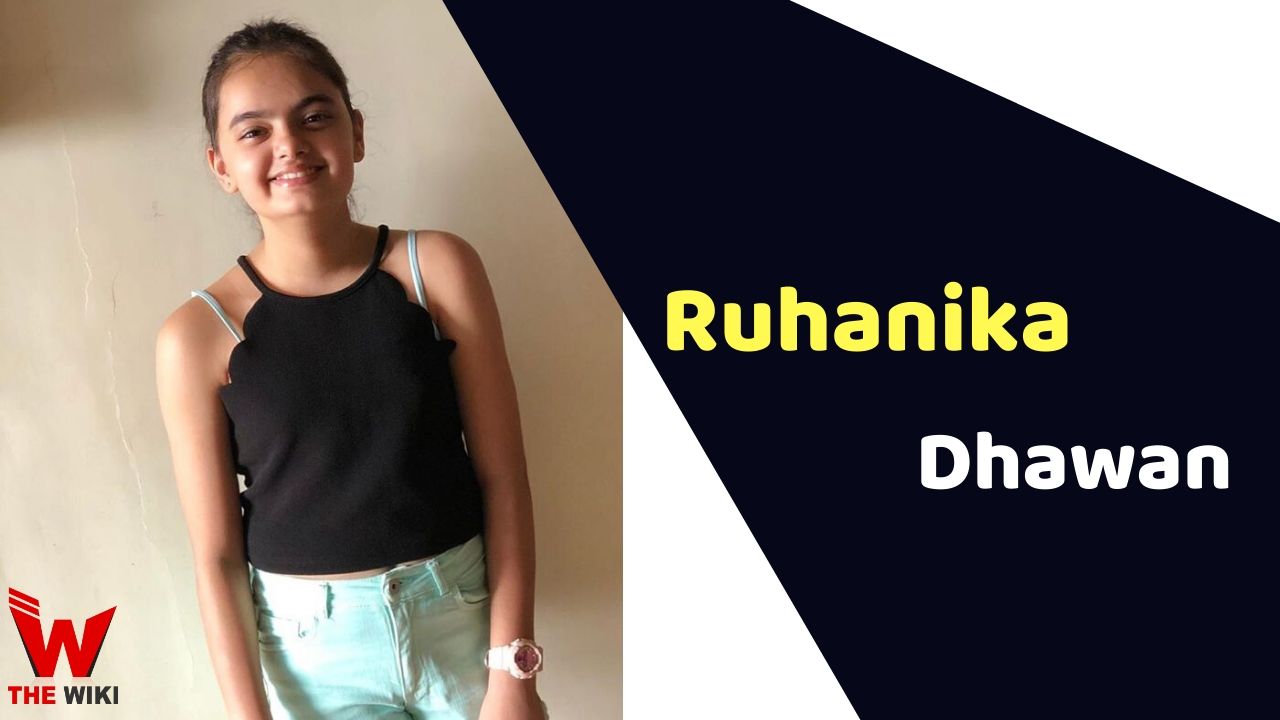 Ruhanika Dhawan is an Indian child artist. She is known for the television show Yeh Hai Mohabbatein. In this show, she played the pivotal role of Ruhi and Pihu which was very popular. She started her career with Zee TV’s show Mrs. Kaushik Ki Paanch Bahuein in 2013.

Ruhanika Dhawan was born on 25 September 2007 in New Delhi. She lives in Mumbai with her family. Ruhanika made her TV show at a very young age. She made a career debut with Mrs. Kaushik Ki Paanch Bahuein. She played the role of Ashi in the show. After this show, she was selected for Ekta Kapoor’s soap opera ‘Yeh Hai Mohabbatein’. The show earned Ruhanika a lot of fame in the glamour industry. The double role of Ruhi and Pihu played by her got a lot of love from the people. The popularity of this show can be gauged on the basis of this, during this show, she got a chance to play cameo role in Salman Khan’s film Jai Ho in 2014. After this show, she also appeared in several television shows such as Comedy Nights with Kapil and Comedy Nights Bachao Taza.

Some Facts About Ruhanika Dhawan

Ramadan Mubarak. I wish you a blessed and prosperous Ramadan.

If you have more details about Ruhanika Dhawan. Please comment below we will updated within a hour.