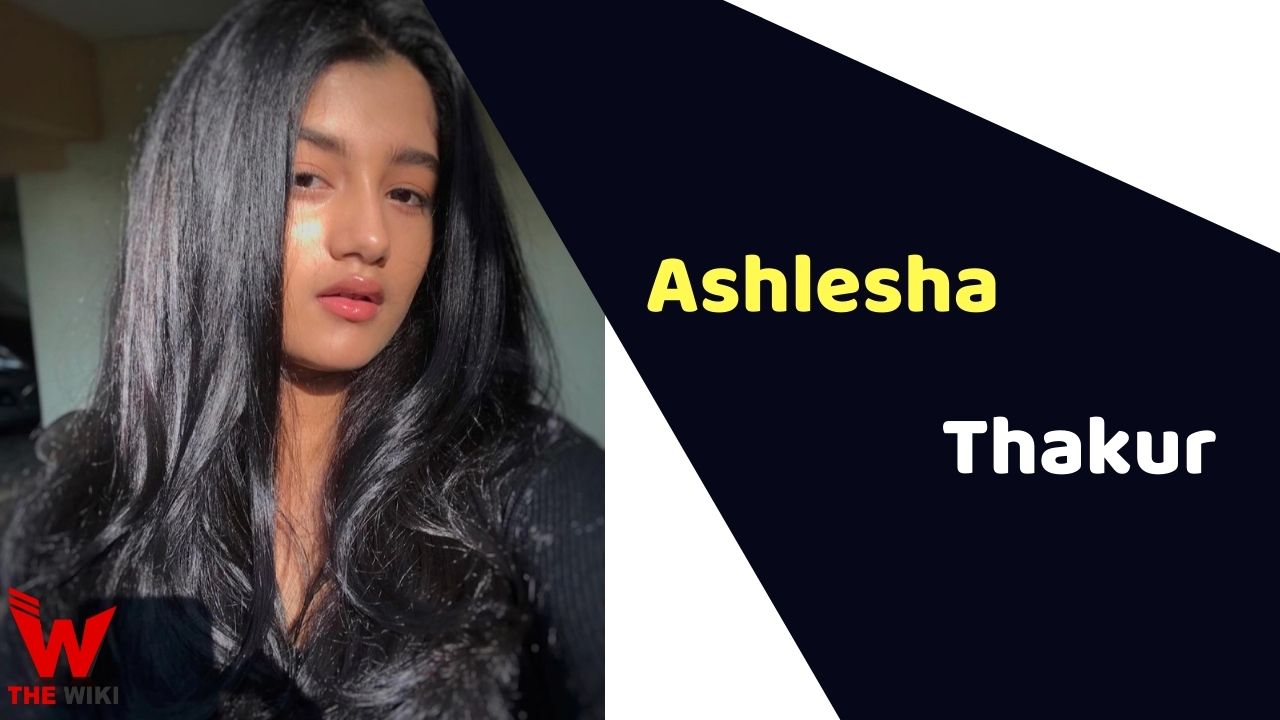 Ashlesha Thakur also known as Mehak Thakur is an actress and model. She is best known for playing role of Manoj Bajpai’s daughter Dhriti character in Amazon Prime web-series The Family Man. She has also worked in Bollywood film Pagglait and Jeena Isi Ka Naam Hai.

Ashlesha Thakur was born on 19th October 2003 in Mumbai, Maharashtra to a Hindu family. She has two siblings; an elder brother Aman Thakur and sister Ekta Thakur. She completed her school education from Mumbai and enroll herself for further studies in Mithibai College in Mumbai. Since her school days she has been participating in skits and plays that laid the foundation to enter into this field.

Thakur began her acting career as a child actor. She appeared in many TV commercials such as Himalaya, Kissan, Comfort , Dairy Milk and Bajaj Electricals. She made her debut as an actor in the year 2017 with Bollywood film industry with the film- Jeena Isi Ka Naam Hai. In 2019, she played a pivotal role in the popular web series The Family Man. She was also featured in a TV serial named Shakti Astitva Ke Ehsaas Ki. The show was aired on Colors TV.

Some Facts About Ashlesha Thakur

If you have more details about Ashlesha Thakur. Please comment below we will updated within a hour.