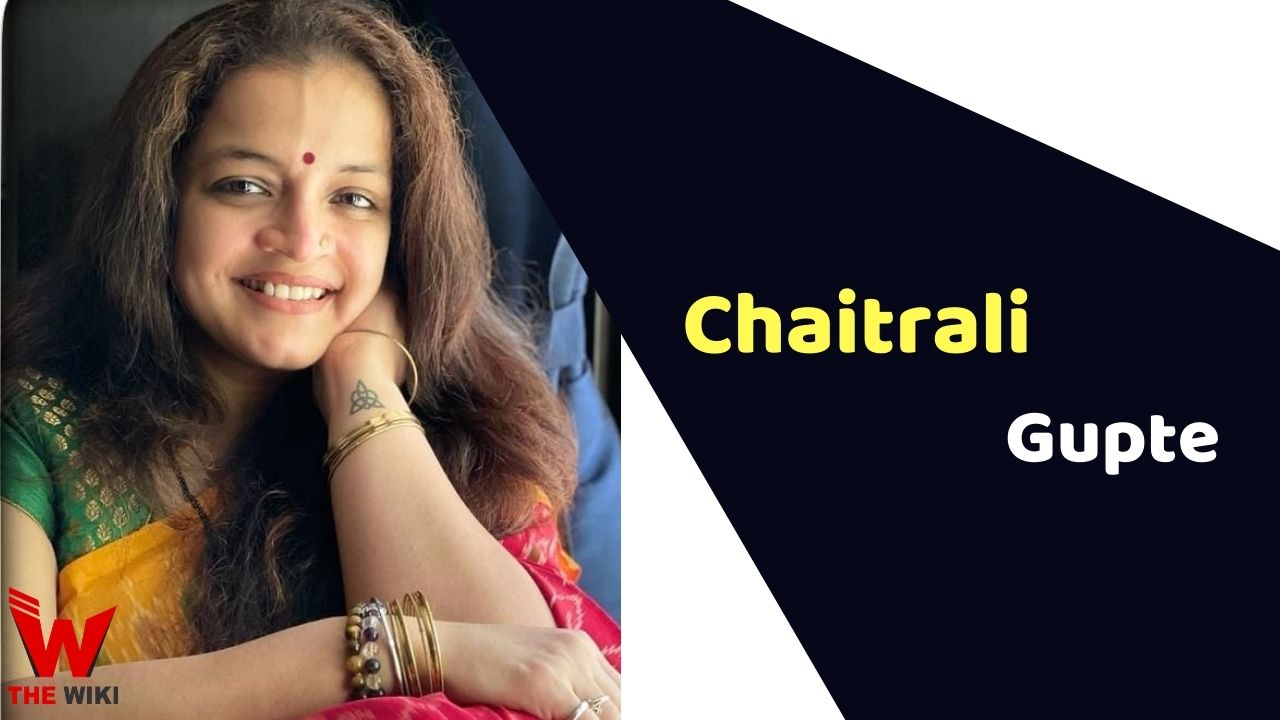 Chaitrali Gupte is an Indian television and film actress who mainly works in the Marathi industry. She is best known for Yeh Rishtey Hain Pyaar Ke, Piyaa Albela, and Shrimant Damodar Pant.

Chaitrali Gupte was born in Mumbai, Maharashtra. She has a sibling named Bhargavi Chirmule.

Gupte began her television drama series Runanubandh. She played the role of Alka in the drama serial Shubham Karoti in 2010. In 2012, she acted in the drama series Ajoonhi Chaand Raat Ahe. The show is a romantic tale about Reva and Anay. In 2014, she appeared in the show Lagori – Maitri Returns aired on Star Pravah. She later starred as Vrinda Harishankar Pandey in the Colors TV serial Shastri Sisters in 2014.

In 2017, Gupte performed in the Marathi series Swapnanchya Palikadale. The same year, she was seen in Hindi TV serial Piyaa Albela as Harsha Kaushal. Her other popular TV shows are Yeh Rishtey Hain Pyaar Ke, Vidrohi and Unch Majha Zoka.

Chaitrali Gupte tied the knots with Lokesh Gupte. The couple had a daughter named Shubhavi Gupta.

Some Facts About Chaitrali Gupte

If you have more details about Chaitrali Gupte. Please comment below we will updated within a hour.