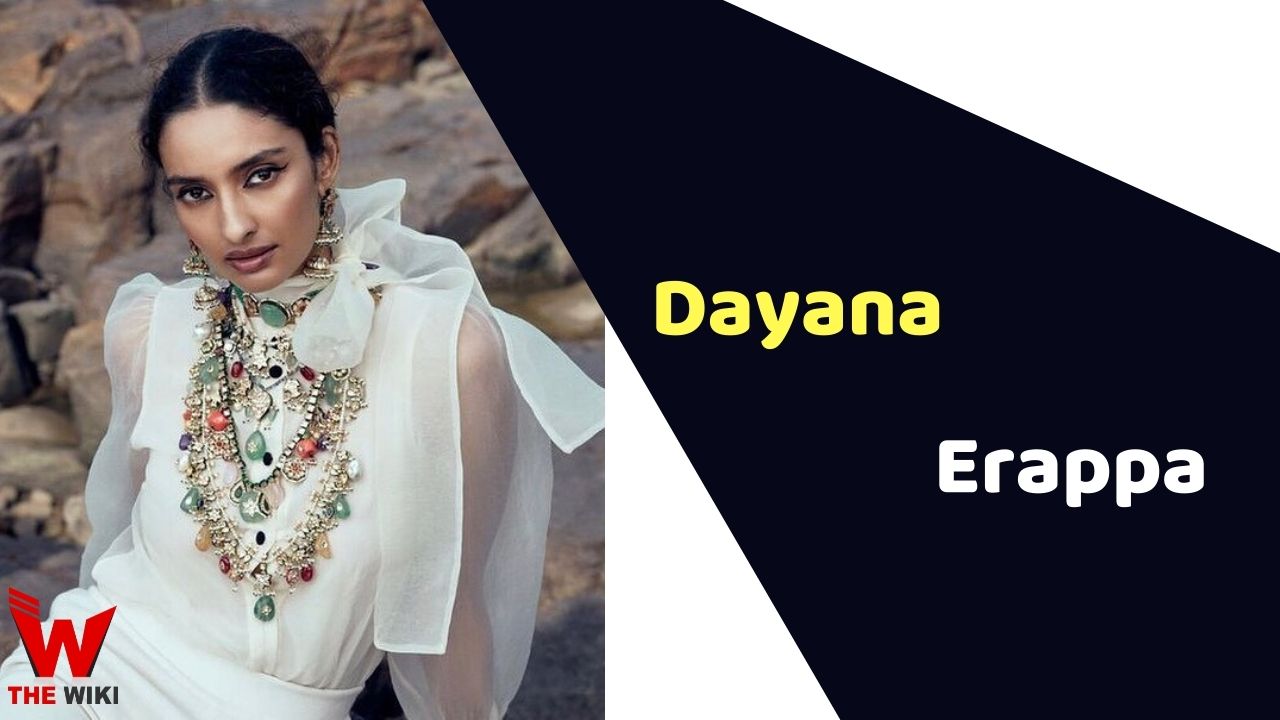 Dayana Erappa is an Indian film actress and model. She mostly worked in the Tamil film industry. She is famous for her debut film Chekka Chivantha Vaanam in the year 2018. Dayna also acted in a web series Sunflower starring alongside Sunil Grover, Ashish Vidyarthi, Ranvir Shorey.

Dayana Erappa was born on 5 January in Coorg, Karnataka, India. She has a sister named Ganagowramma. She did her schooling at Bharatiya Vidya Bhawan Kodagu Vidyalaya and graduated from Baldwin Methodist College, Bengaluru, Karnataka.

Dayana was a competitor of beauty pageant Miss India 2016. She involved herself in fashion exhibits nationally and internationally. She named one of the top 10 nominees at Miss India 2011 and represented India at the Elite Model Look in Shanghai. Dayana has taken part in several fashion events including The Kingfisher Calendar 2015 and 2017 and Lakme Fashion Week.

She made her acting career with the film Chekka Chivantha Vaanam, playing the role of Chaya, directed by Mani Ratnam in the year 2018. In the same year, she has starred in the film Nawab (2018). She began to model with the best campaigns for brands and designers in India and all over the world. She has served and proceeds to work with leading Indian designers including Manish Malhotra, Tarun Tahiliani, and Anitha Dogre.

Some Facts About Dayana Erappa

If you have more details about Dayana Erappa. Please comment below we will updated within a hour.