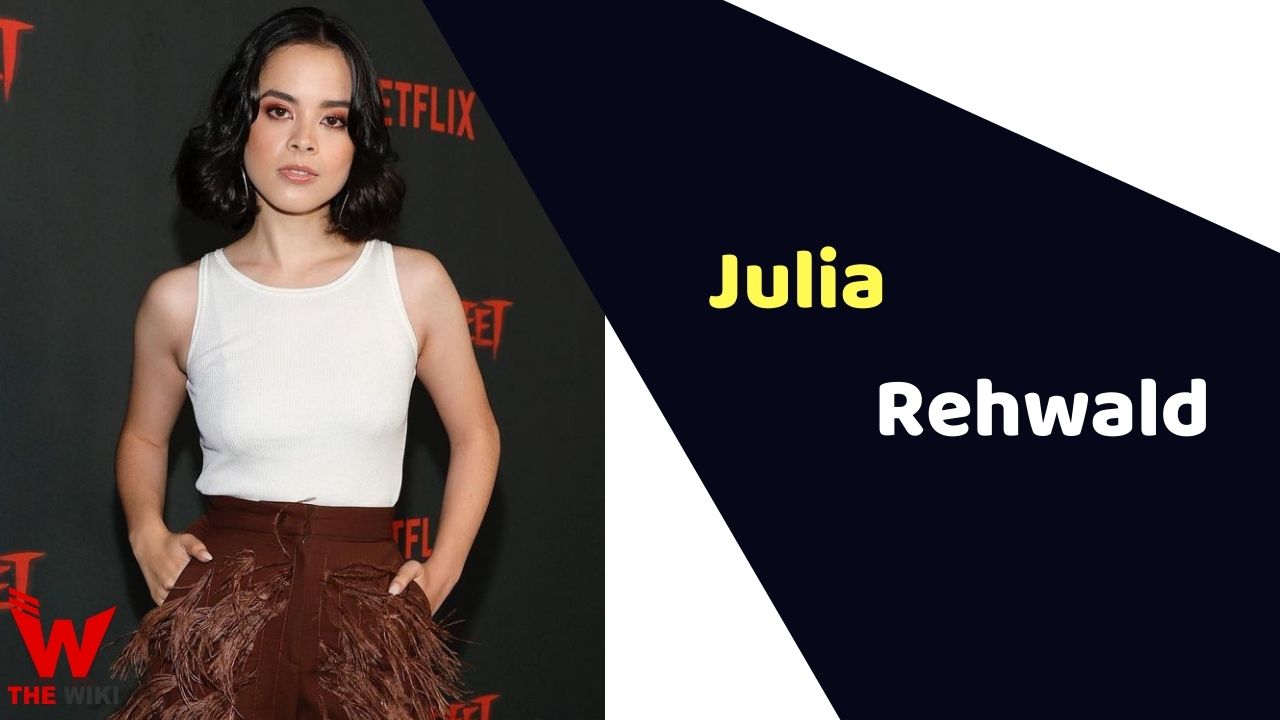 Julia Rehwald is an American film and television actress. She is renowned for her character Kate Schmidt in film triology Fear Street. She has also worked in several short films including Mukbang Masarap and Where’s Darren?.

Julia Rehwald was born in the year 1995 in California, United States. Rehwald’s parents are from Philippines. She has two siblings named Joanna Rehwald and James Rehwald.

Rehwald began her career with the short film Where’s Darren played the role of Isabel in the year 2017. In the year 2019, she got featured in the short movie titled Mukbang Masarap as Courtney. She appeared as a leading character in the hit film Fear Stree: Part One – 1994 as Kate in 2021. Later she was also seen in its sequel Fear Street: Part Two- 1978 and Fear Street – Part Three – 1666. Rehwald made her television debut with the series Popternative in the year 2021.

Some Facts About Julia Rehwald

If you have more details about Julia Rehwald. Please comment below we will updated within a hour.