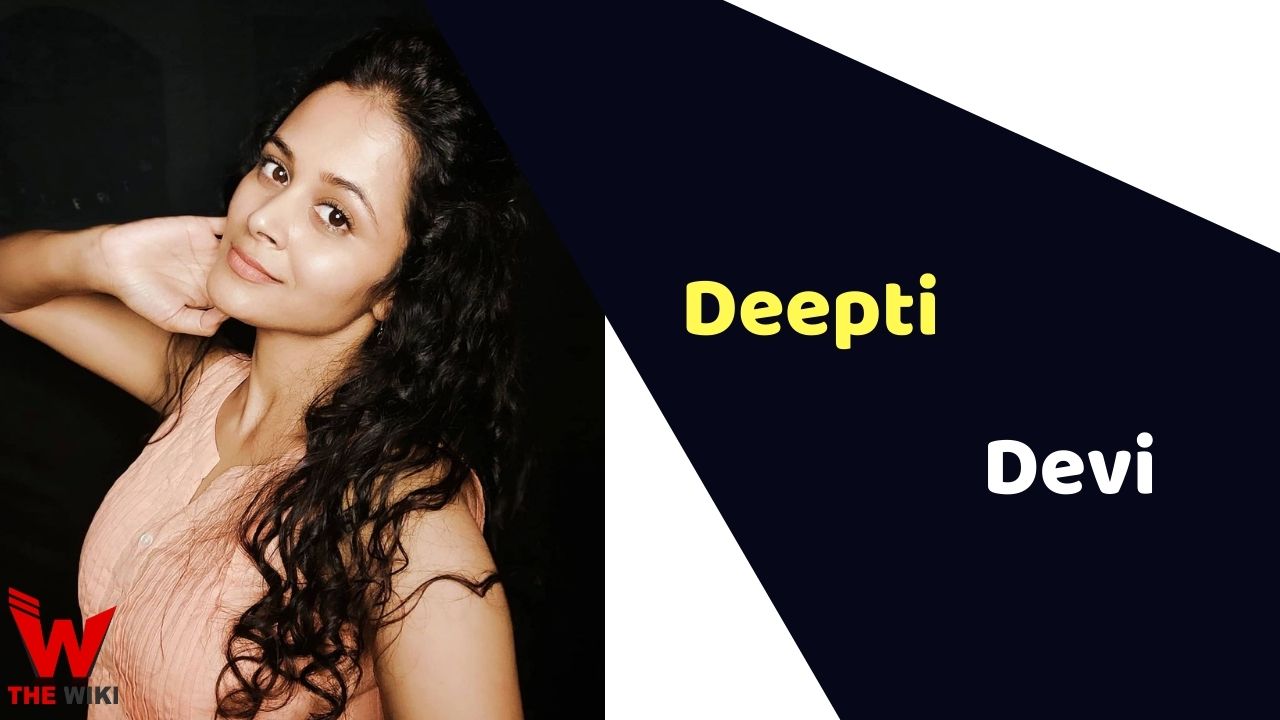 Deepti Devi (also known as Deepti Shrikant) is an Indian actress who predominantly appears in Marathi films and television. She has appeared in numerous Marathi television serial. Her appearances in the daily soaps Antarpaat, Parivaar Kartavya ki Pariksha and Mala Sasu Havi made her popular. Deepti has worked in films like Conditions Apply: Ati Lagu, Page 4, Mantr etc.

Deepti Devi was born on 21st February, 1986 to Shrikanth Devi and Shoba Devi in Pune, Maharashtra. She belongs to a Gujrati family. Both her parents worked in a bank. Deepti has won many scholarships during her schooling. She completed her school education in Jnana Prabodhini Prashala and later graduated with a Bachelor of Commerce degree from Marathwada Mitra Mandal College of Commerce and later she did M.com from Pune University. She also did a specialization in graphic designing.

Deepti Devi started her acting career from 2006. She is considered as the most popular and commercial successful Indian actress. From a very young age, she had keen interest in acting and performed in various drama shows and Marathi Nataks. One of the finest acts of her was showcased in Mala Sasu Havi, a Marathi serial.

She got her first break in the movie Pak Pak Pakaak by Gautam Joglekar, her acting has won her applause and praises. After the movie she started flourishing her skills in Parivaar. She has been doing a lot of serials both in Hindi and Marathi. Later she engaged more into Hindi shows. Deepti played the role of Saumya in the most popular serial Bade Ache Lagte Hai. She made her next hit in a Marathi movie Samar Ek Sangharsh. She played a RJ role in the film Conditions Apply in 2017. Deepti who is also an amazing dance performer has performed in various award functions and shows including Zee Rishtey Awards and Colors Golden Petal Awards.

Some Facts About Deepti Devi

If you have more details about Deepti Devi. Please comment below we will updated within a hour.