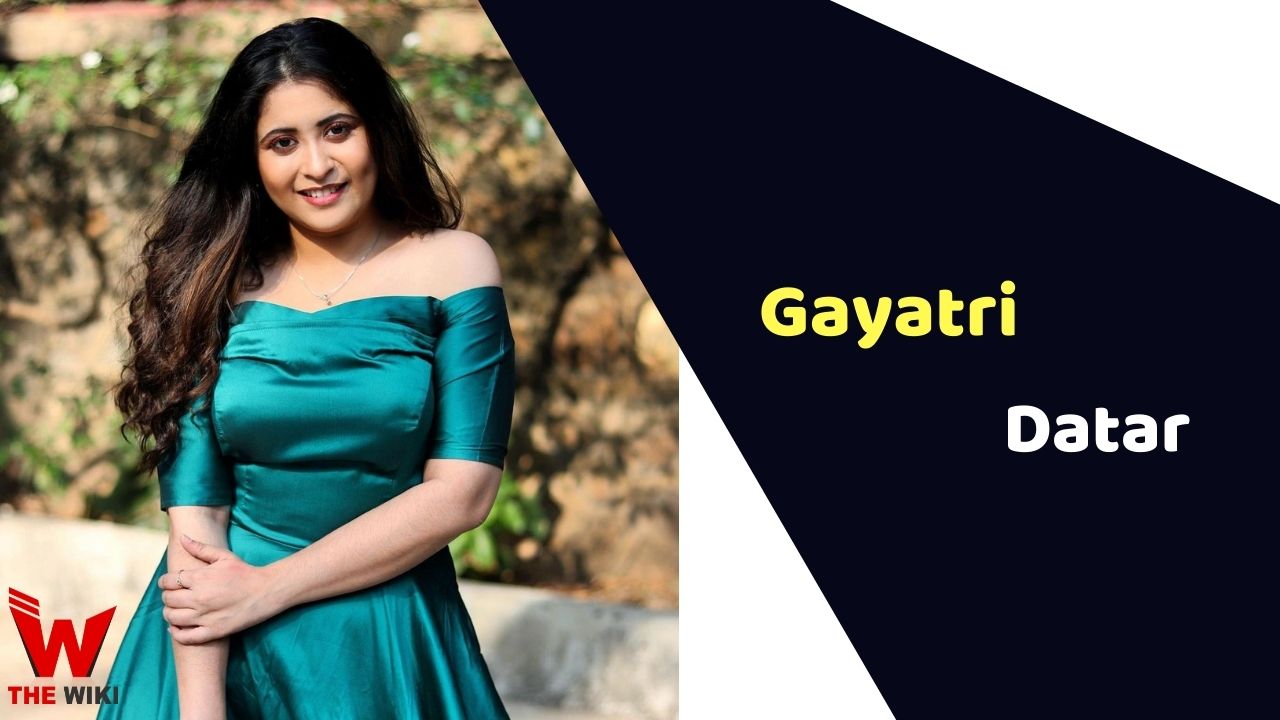 Gayatri Datar is an Indian television actress who is well-known for her portrayals in the Marathi film industry. She has also participated in popular television reality show Bigg Boss Marathi 3 in 2021. She was born in Mumbai, Maharashtra and originally belongs to Pune.

Gayatri Datar was born on 10 March 1994 in Mumbai, Maharashtra to a Hindu family. She did her graduation from Atal Bihari Vajpayee Institute of Mountaineering, Manali. Over the course of a month, she learned how to rescue people, ice climber, and rock climb. She also worked as a trekking leader for one of Pune’s trekking organisations.

Datar first appeared in short film Intolerance, directed by Ajinkya Lokhande in 2016. The film dealt with humanity’s darkest side in the realms of intolerance and violence. Gayatri made her television debut in the serial Tula Pahate Re on Zee Marathi, starred alongside Subhodh Bhave. She played Isha Nimkar, the female lead character in the show. Her performance in this serial was well received by the audience. In 2021, she was seen as a contestant in Big Boss Marathi season 3.

Some Facts About Gayatri Datar

If you have more details about Gayatri Datar. Please comment below we will updated within a hour.