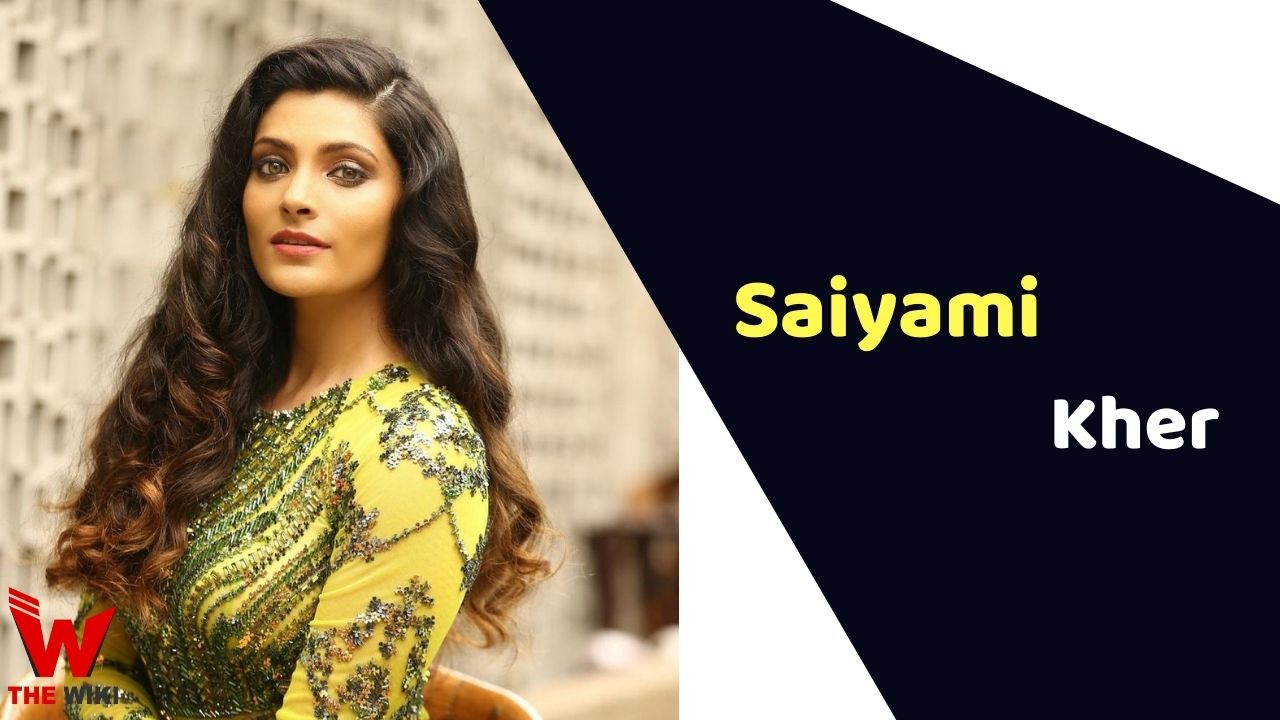 Saiyami Kher is an Indian television and film actress who predominantly works in Hindi and Telugu film industry. She is recognized for her work in films like Mirzya, Unpaused, Choked and Rey. She was also part of Hotstar’s web series Special OPS.

Saiyami Kher was born on 29 June 1992 in Nashik, Maharashtra. Her father’s name is Adwait Kher, and her mother’s name is Uttara Mhatre Kher. Her mother is former Miss India. Kher has a sibling named Saunskruti Kher in the family. She completed her graduation from St. Xavier’s College, Mumbai.

Kher initiated her career with the Telugu action movie Rey as Amruta in 2015. She got featured in the Hindi epic romantic fantasy film Mirzya directed by Rakesh Omprakash Mehra as Suchitra in 2016. In 2018, she appeared in the Marathi action drama movie Mauli as Renuka. She acted in the Netflix original drama movie Choked played the lead role of Sarita Pillai in 2020. The same year, she played the role of Ayesha Hussain in the Amazon Prime anthology movie Unpaused in 2020. Recently, she starred in the Netflix Telugu action thriller movie Wild Dog as Arya Pandit in 2021.

Some Facts About Saiyami Kher

If you have more details about Saiyami Kher. Please comment below we will updated within a hour.