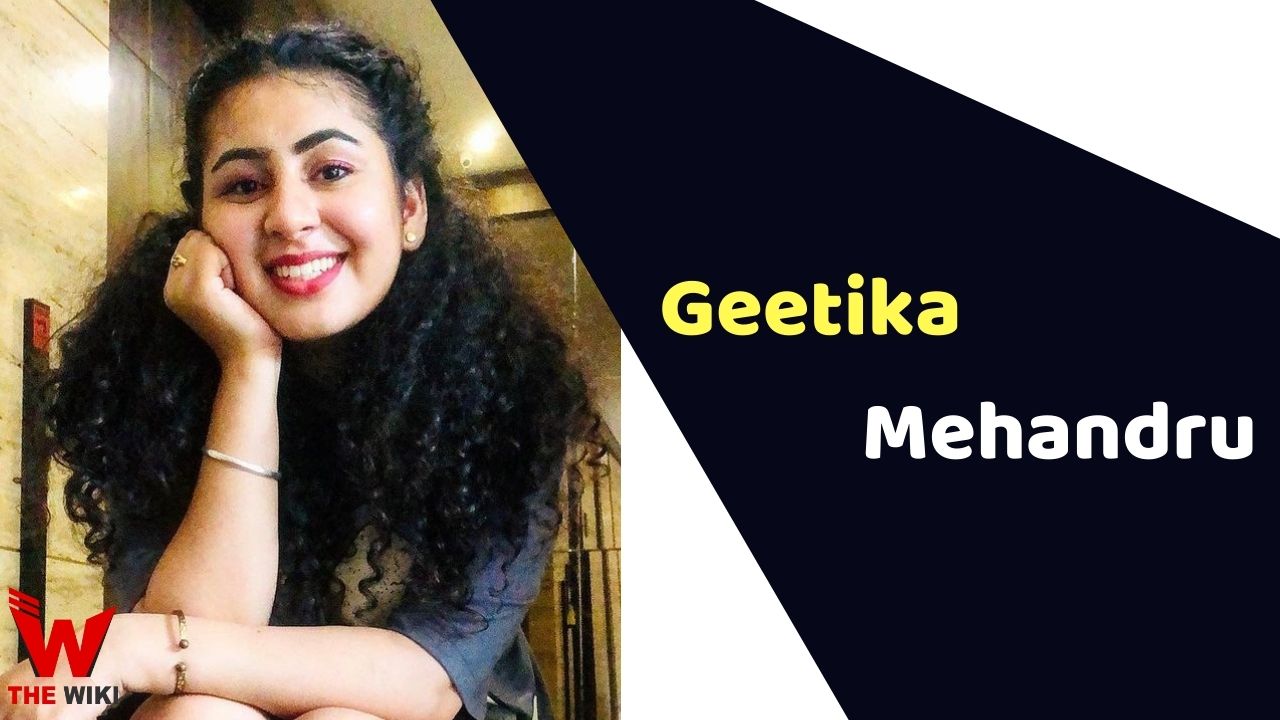 Geetika Mehandru is an Indian actress and model. She is best known for her work in Bollywood film Kabir Singh and Satellite Shankar. She also worked in television shows like Choti Sarrdaarni and Jaat Na Poocho Prem Ki .

Geetika Mehandru was born on 19 November in Mumbai, Maharashtra, India. Her hometown is Chandigarh, India. She completed her schooling in Sharda Sarvahitkari Model Senior Secondary School, Chandigarh and did graduation from Panjab University, Chandigarh. She has worked in films like Kabir Singh and Satellite Shankar. In 2020, She was seen in TV serial Choti Sarrdaarni in a role of  Ginni.

Some Facts About Geetika Mehandru

If you have more details about Geetika Mehandru. Please comment below we will updated within a hour.