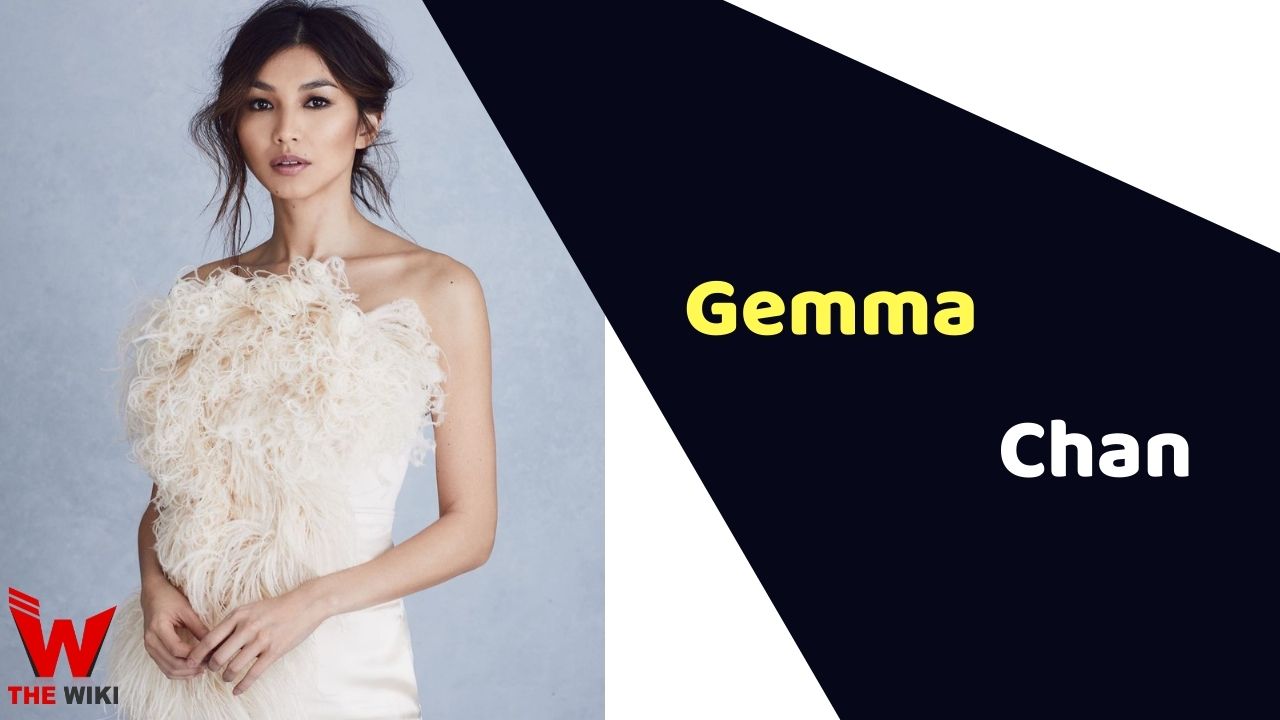 Gemma Chan was born on 29 November 1982 in London, England. She did her schooling at Newstead Wood School and graduated from Worcester College Oxford. Her father is an engineer and her mother is a pharmacist by profession.

Chan made her career debut in the 2006 miniseries of Horror Channel When Evil Calls. She was part of the first season of reality show Project Catwalk. She debuted on stage in Bertolt Brecht’s final piece, Turandot, premiered in Britain in 2008. Chan appeared in the BBC Doctor Who’s 2009 fall special, The Waters of Mars, serving geologist Mia Bennett. She starred in Exam in 2009, which premiered at the Edinburgh International Film Festival with mixed reviews. Chan featured in Channel 4’s The IT Crowd and BBC’s Sherlock the same year. Chan’s next films, Pimp and Shanghai in 2010, received critical reviews, Submarine premiered at the 35th Toronto International Film Festival. She cast as a series regular in the final series of Secret Diary of a Call Girl, as the rival of Billie Piper’s character, which aired on ITV2 in 2011.

During that year, she featured on Channel 4’s Fresh Meat. In 2012, Chan became a regular in Sky Living’s supernatural drama series 2, Bedlam, where she played Kiera. She starred in the TV series True Love. She played in BBC One crime drama Shetland, playing Hattie James as a young archaeologist. Chan performed on BBC Death in Paradise. She was with Channel 4 Romantic Drama Dates. In 2013, Chan received invitation to the BBC Radio 4 feature Front Row series Cultural Exchange. She featured in The Double in 2012, whose premiere at the Toronto International Film Festival in 2013 was a critical success.

In 2014, Chan was a part of an action-thriller Jack Ryan: Shadow Recruit. She played the protagonist’s girlfriend, Chen-Lin, in the French comedy Belles Families in 2015, which appeared at the Toronto International Film Festival in 2015. In 2016 she starred as the American witch Madame Ya Zhou in Fantastic Beasts and Where to Find Them. She gave her voice to the BBC’s Watership Down animation mini-series in 2018. Chan played the role of anthropomorphic robot Anita/Mia in Humans, a sci-fi dramatic comedy AMC/Channel 4, from 2016 to 2018. She featured in the action-thriller Stratton (2017) as a “smart-girl” colleague of the starting character, Aggie.

In 2018, Chan teamed up with Andrea Riseborough, Jane Horrocks, Jaime Winstone, and Laura Carmichael to feature a movie produced by ActionAid, encourage British citizens to support girls exposed to sexual violence. Chan performed the role of Astrid Leong-Teo in the famous movie Crazy Rich Asians in 2018. She appeared in a short film in 2018 entitled Leading Lady Parts. She joined the cast of the film Eternals by Marvel Studios in 2019, to be released on November 5, 2021.

Some Facts About Gemma Chan

If you have more details about Gemma Chan. Please comment below we will updated within a hour.