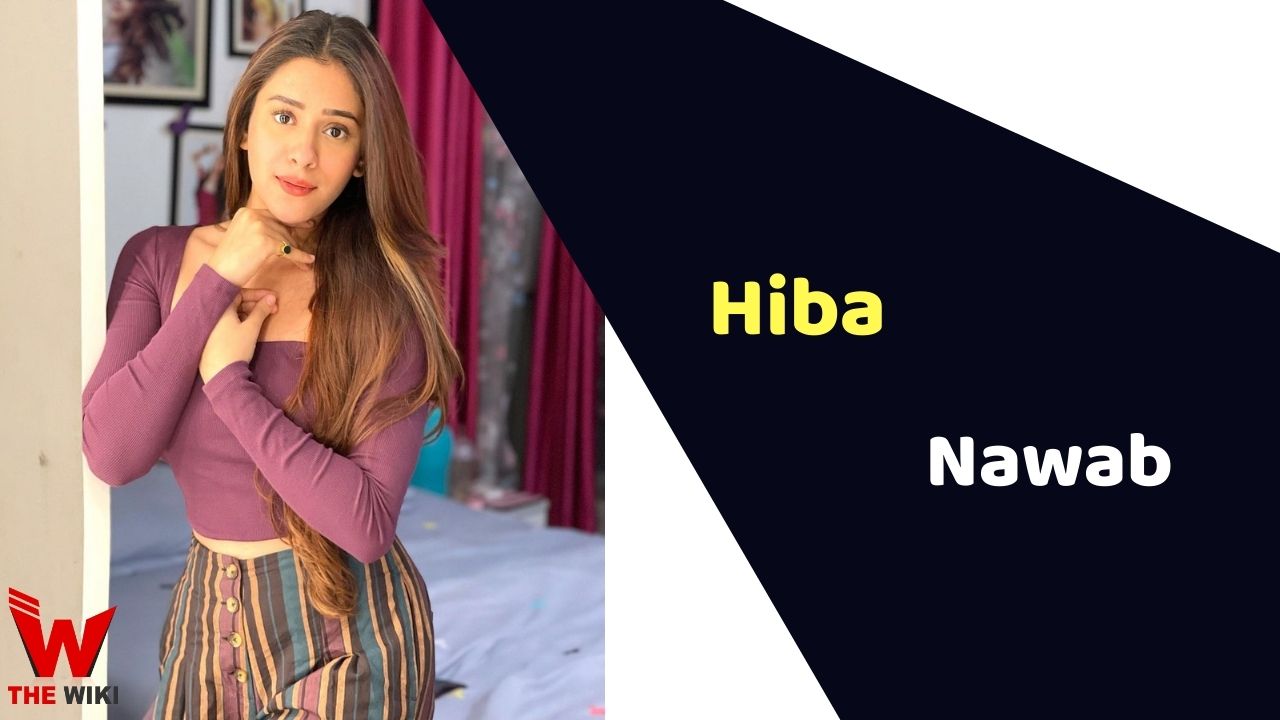 Hiba Nawab is an Indian television actor who has appeared in several television shows. She started her acting career as a child actor and appeared in various serials. She is well known for her character in Crazy Stupid Ishq (Channel V) and Tere Sher Mein (Star Plus). Hiba has also appeared in acting campaigns for many brands and she is still actively working in the television industry.

Hiba was born on 14 November 1996 in Bareilly, Uttar Pradesh. Since her childhood, she was very active in acting but she wanted to become a lawyer. Her father’s name is Dr. Nawab Firoz Ali and her mother’s name is Rusha Nawab. She also has a younger sister. Nawab has done her schooling from Bishop Conard Sr. Secondary School, Barilley, Uttar Pradesh, and done her graduation via correspondence.

Nawab started her career as a child artist and acted in Saat Phere (2008), Lo Ho Gayi Pooja Iss Ghar ki (2009), Ssshh…Phir Koi Hai (2008). After that she took a break from acting to pursue her studies. In 2013, she comeback through Crazy Stupid Ishq by playing lead role of Anushka Atwal or Pampi.

She is currently in a relationship with Pearl V Puri.

Some Facts About Hiba Nawab

If you have more details about Hiba Nawab. Please comment below we will updated within a hour.