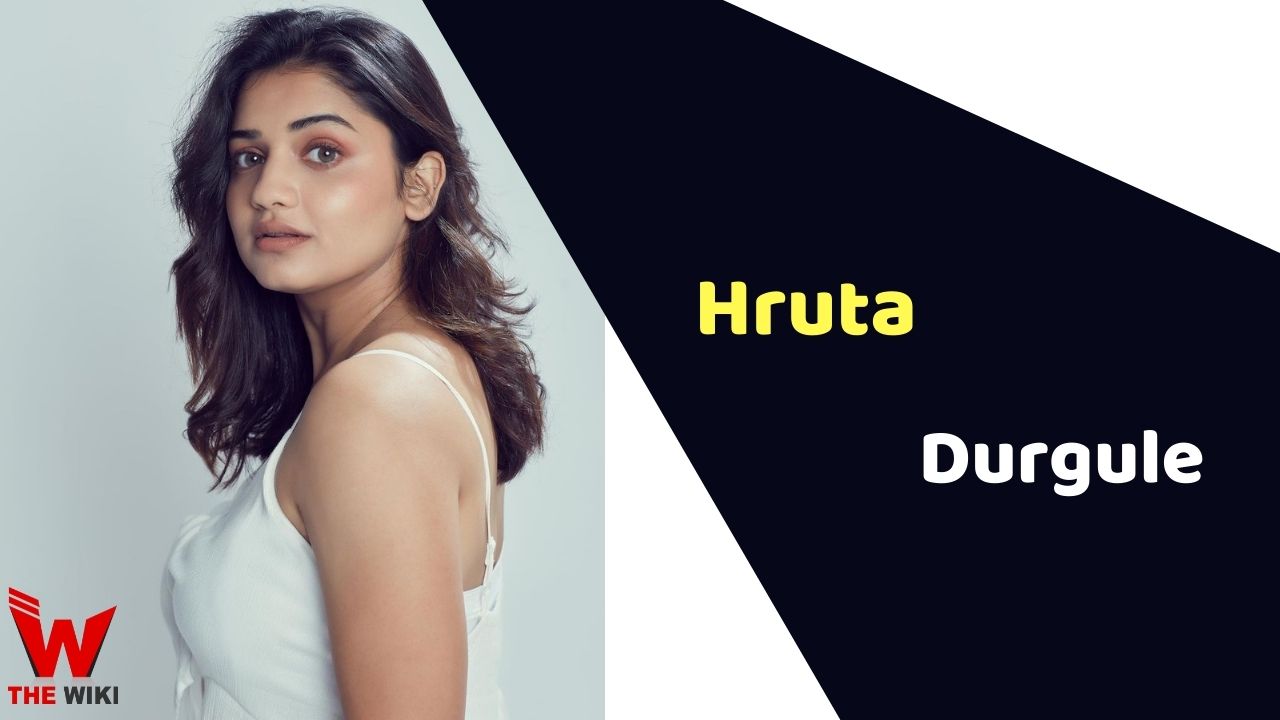 Hruta Durgale is an Indian television and film actress. She is known for playing lead roles in Marathi television serials like Man Udu Udu Jhala, Phulpakharu and Durva. She started her career on the big screen with the Marathi movie Ananya in the year 2020.

Hruta Durgule was born on 12 September 1994 in Mumbai, Maharashtra. Her father’s name is Dilip Durgule, and her mother’s name is Nilima Durgule. She has a younger sibling named Rugved Durgule. She completed her graduation from Ramnarain Ruia Autonomous College.

Durgule began her career with the television series Pudhcha Paaul as an assistant director on Star Pravah in 2012. It is a formal remake of the Star Plus long-run serial Saath Nibhaana Saathiya. From 2013 to 2016, she worked in the Star Pravah series Durva played the role of Durva Patil Sane. It is the tale of two conflicting families – Patil and Kshirsagar battling for political supremacy in Satara. She got featured in the prominent role of Vaidehi Inamdar Rege in the television series Phulpakharu aired on Zee Yuva from 2017 to 2019. In 2018, she appeared in the Marathi stage drama Dada Ek Good News Aahey as Namita with Umesh Kamat.

Hruta is currently dating director Prateek Shah. He is a renowned director who has worked on some of the major hit shows like Teri Meri Ikk Jindri, Beyhadh 2, Bahu Begum, Kuch Rang Pyaar Ke Aise Bhi, and Ek Deewana Tha.

Some Facts About Hruta Durgule

If you have more details about Hruta Durgule. Please comment below we will updated within a hour.