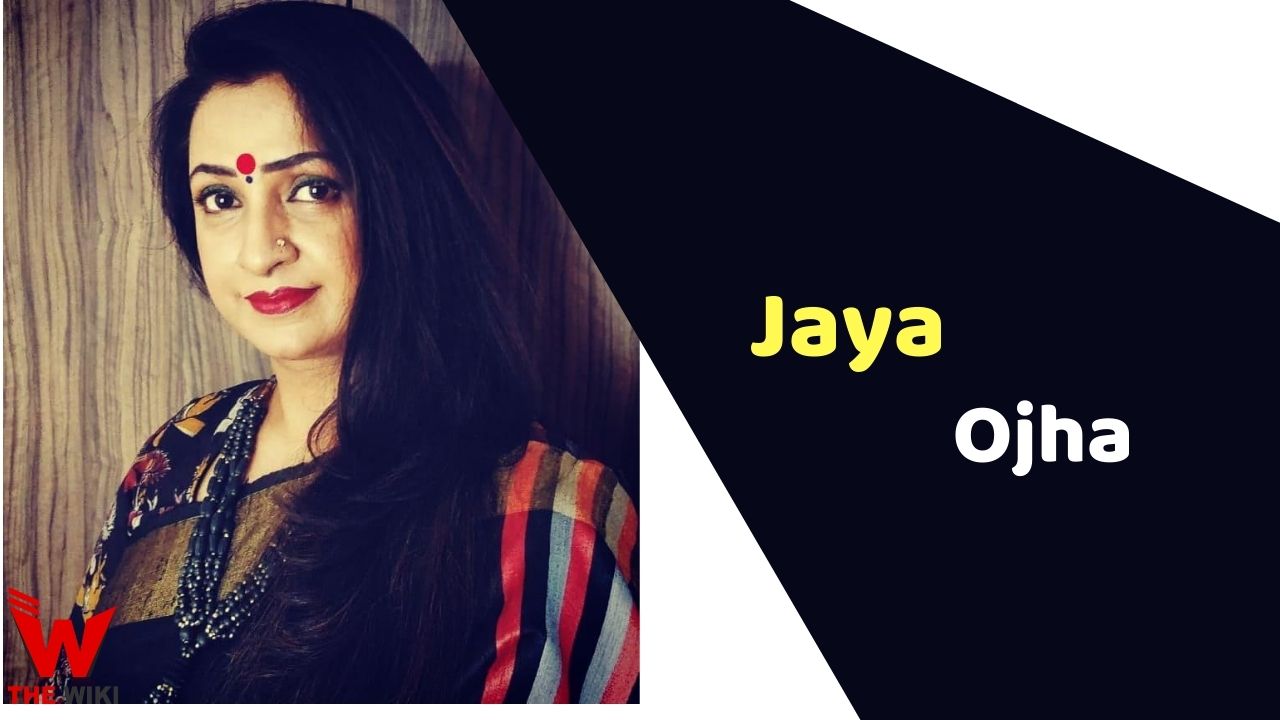 Jaya Ojha was born on 26 July in Sri Ganganagar, Rajasthan. She did her early studies B.S.F. Senior Secondary School (BSF), Sri Ganganagar. Later she did M.A. in Vocal Music. During her college days, Jaya inclined towards acting and started working at the Jaipur Theater. She then shifted to Mumbai, Maharashtra.

Jaya is known for her contribution in television industry. she made her television debut in DD National’s show Indradhanush in 1989. After that she was part of several television serials like Sai Baba, Main Kab Saas Banoongi, Sasural Simar Ka, Saath Nibhaana Saathiya, Badho Bahu, Saubhagyavati Bhava. She has also worked in many stage plays. She became famous with the role of Mandodari played in the Epic TV serial “Ramayana”.

Jaya started her film career with Chain Kulii Ki Main Kulii in the year 2007. She was seen as a supporting actor in the film. Later she also worked in films like Haal-e-Dil and Sab Kushal Mangal.

Jaya Ojha married Udbhav Ojha on 14 February 1997. Udbhav Ojha is a Musician by profession. They have a son Kartikeya Ojha and a daughter Charvi Ojha.

Some Facts About Jaya Ojha

If you have more details about Jaya Ojha. Please comment below we will updated within a hour.