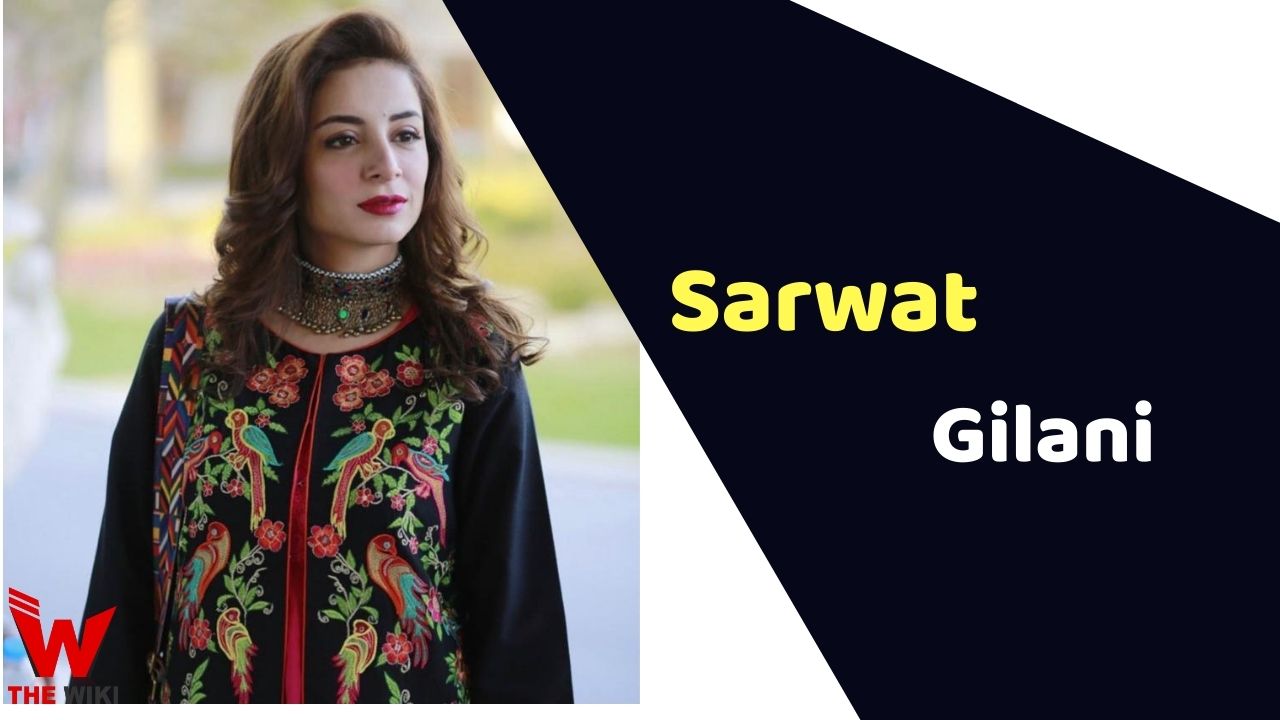 Sarwat Gilani was born on 22 December 1982 in Peshawar, Pakistan. She is the granddaughter of Nawab of Manavadar and has Pashtun ancestry from her grandmother’s side. Sarwat completed her graduation in Bachelors in Communication and Masters in Film-making from Indus Valley School of Arts and Architecture, Karachi. She currently lives in Karachi, Pakistan.

Sarwat Gilani married Fahad Mirza in the year 2014. This was her second marriage, before which she married Omer Saleem in 2005 but he died in 2008. Sarwat and Fahad have two sons, Rohan and Araiz Mohammad Mirza.

Some Facts About Sarwat Gilani

If you have more details about Sarwat Gilani. Please comment below we will updated within a hour.