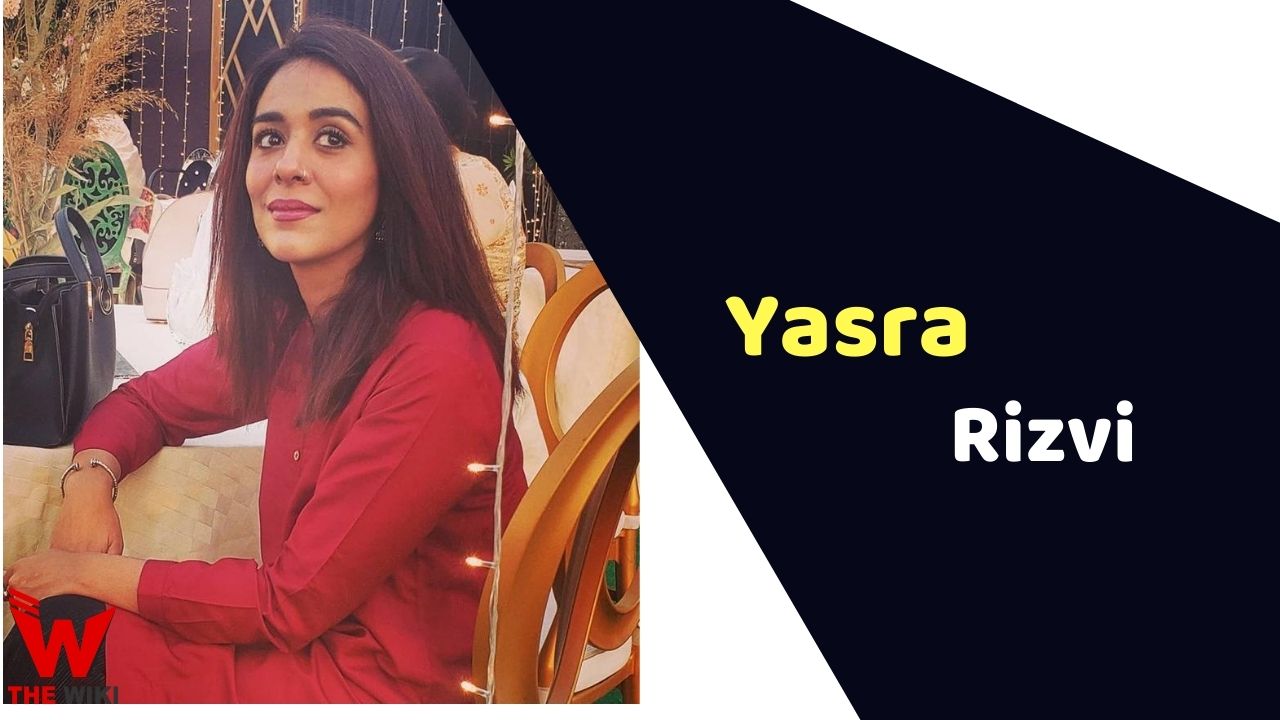 Yasra started her career with pakistani TV show Daagh in 2012. she was seen in a prominent character of Rehana in the show. After this, she acted in television shows like Kaash Aisa Ho, Mann Ke Moti, Thoda Sa Aasman, Faltu Larki, Manchahi, Ayesha, Iss Khamoshi Ka Matlab etc.

Rizvi made her film debut with Jawani Phir Nahi Ani in 2015. she also appeared in films like Manto and Senti Aur Mental. Recently she was seen playing the role of Jugnu in the Zee5 web series Churails.

Yasra Rizvi married to producer Abdul Hadi who is 10 years younger than her, in December 2016 in Karachi, Pakistan.

Some Facts About Yasra Rizvi

If you have more details about Yasra Rizvi. Please comment below we will updated within a hour.