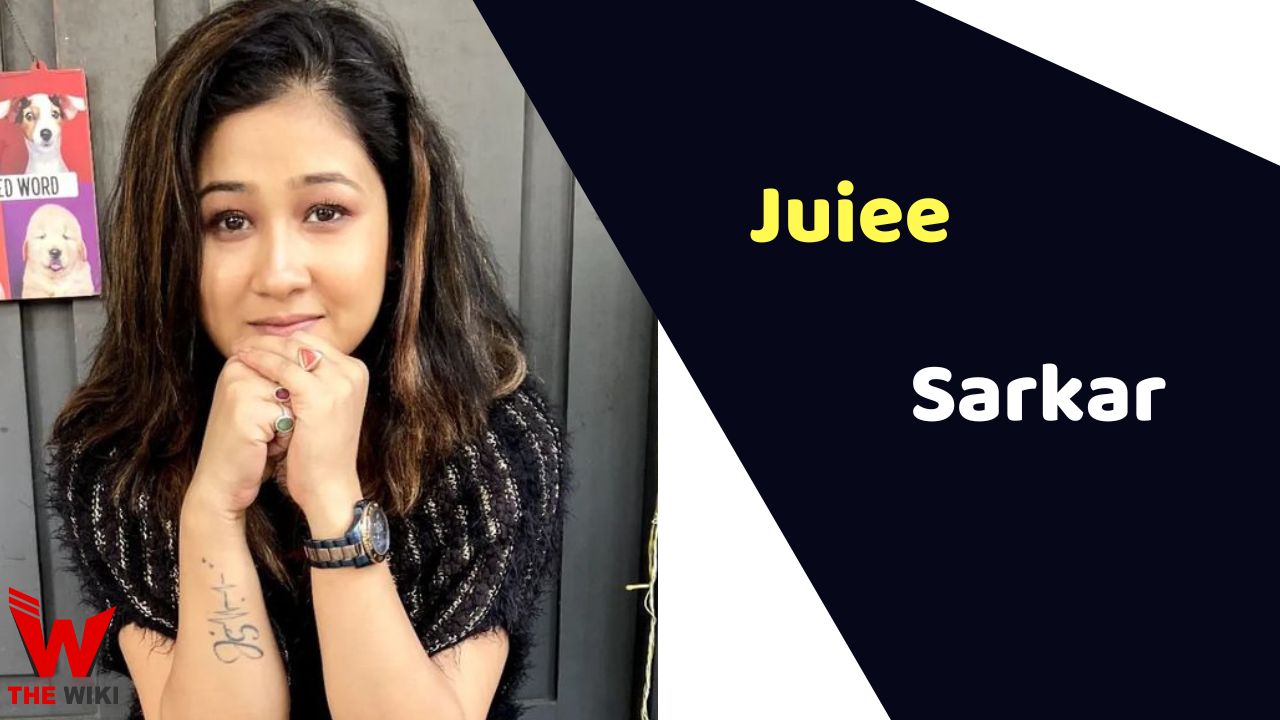 Juiee Sarkar is an Indian Bengali actress who mainly works in films and television serials. She is mainly known for recurring the role of Soma in Zee Bangla’s drama serial Uma in 2021. Juiee has worked in some serials like Karunamoyee Rani Rashmoni, Aamar Durga and Irabotir Chupkotha.

Juiee Sarkar was born on 8 November in Kolkata, West Bengal. She has completed her schooling from Sitalpur Mobarakpur High School. Juiee later pursued graduation from Rabindra Bharati University and also did Theatre Arts from Chanchal College.

Juiee began her acting career by first appearing in Aamar Durga, playing the role of Riya in year of 2016-17. She then featured in historical drama daily soap opera Karunamoyee Rani Rashmoni as Napit Bou and drama fantasy serial Beder Meye Jyotsna as Rani Rukmini. She also featured in thriller drama daily soap opera Jamuna Dhaki as Rajanya alongside Shweta Bhattacharya and Rubel Das. The serial was directed by Bidyut Saha in 2020.

After a brief acting career, Juiee got opportunity for playing a main role of Soma in Zee Bangla’s drama daily soap opera Uma alongside Shinjinee Chakraborty and Neel Bhattacharya in the year of 2021-22. Later, She again got huge recognition for playing a lead role of Sudipta in Zee Bangla’s romantic drama serial Mon Dite Chai in January 2023.

Some Facts About Juiee Sarkar