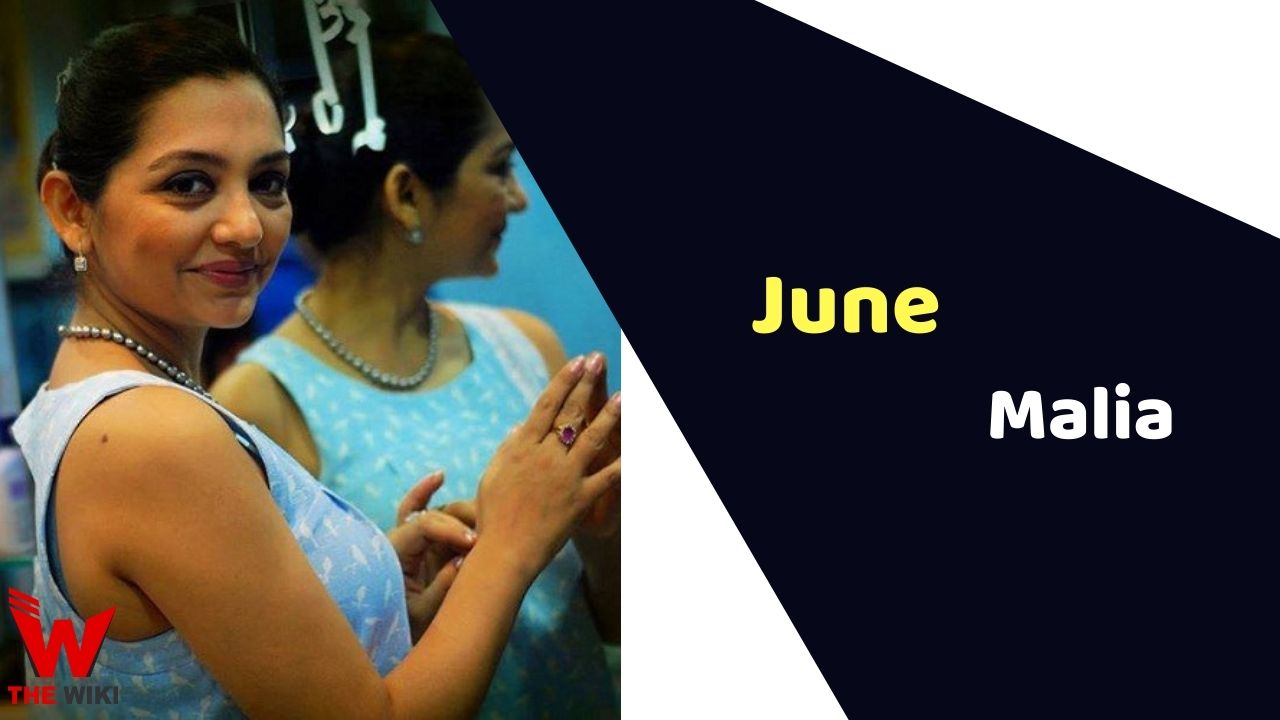 June Malia is an Indian film actress, who predominantly works in Bengali film industry. She also part of many Bollywood film. She is also a very active social activist and is a member of the West Bengal Women’s Commission.

June Malia was born on 24 June 1970 in Darjeeling, West Bengal to a middle-class Hindu family. Her mother’s name is Parul Dube. She did her schooling at Auxilium Convent High School, Mumbai, and completed her graduation from the University of Calcutta.

June debuted in acting industry with Bengali film Latti in 1996. It was a family drama movie directed by Prabhat Roy, in which she played the role of Hothat Brishti. In 2003, she was seen in Nil Nirjane as Jaya. She did a film Shikar, directed by Saran Dutta. Later, she was cast in Debraj Sinha’s film Raktamukhi Neela – A Murder Mystery which was released in 2008. June was subsequently part of many Bengali films including Prem Bibhrat, Teen Yaari Katha, Ebar Shabor, Har Har Byomkesh and Obhishopto Nighty.

In 2017 she got her first Bollywood movie Meri Pyaari Bindu, starring alongside Parineeti Chopra and Ayushmann Khurrana in lead roles. This romantic comedy movie was directed by Akshay Roy, in which June Malia played the role of Bindu’s mother.

Apart from this, she hosted a game reality show Didi No.1 (season 3). She was seen in a documentary film Out in India: A Family’s Journey (2008) and a television short film Shirinra.

June Malia married her long-time boyfriend Sourav Chattopadhyay in 2019. Prior to this she was married to another man but later the couple separated. With her first marriage, she has a son and a daughter, Shibendra and Shivangini.

Some Facts About June Malia

If you have more details about June Malia. Please comment below we will updated within a hour.