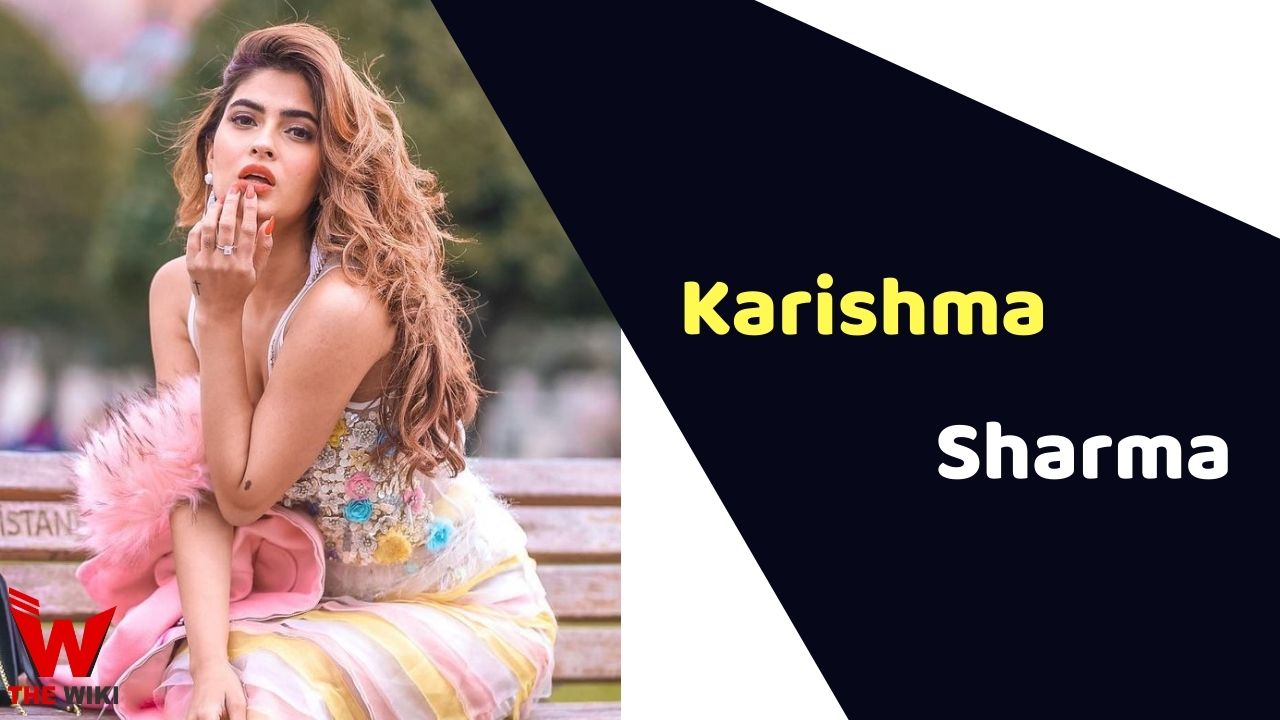 Karishma was born in Mumbai, Maharashtra. Sharma made her film debut with the film Pyaar Ka Punchnama 2 alongside Nushrat Bharucha and Kartik Aaryan. She played role of Tina, who is best friend of Chiku (played by Nushrat Bharucha). After that she played many important lead role in film Hotel Milan, Fastey Fasaatey and Ujda Chaman. Sharma was also seen in a Item number ‘Paisa’ in film Super 30.

Apart from films, Sharma is quite active in television and digital platforms. She worked in many popular TV series like Fixerr, Hum- I’m Because of Us, Life Sahi Hai etc.

Karishma Sharma is currently in relationship with Emile Bhatia. Bhatia is a Corporate Insurance Consultant and Senior Account Executive in Nasco Insurance Group. Previously she had an affair with Omar Nensey and Yuvraaz Arora.

Some Facts About Karishma Sharma

If you have more details about Karishma Sharma. Please comment below we will updated within a hour.