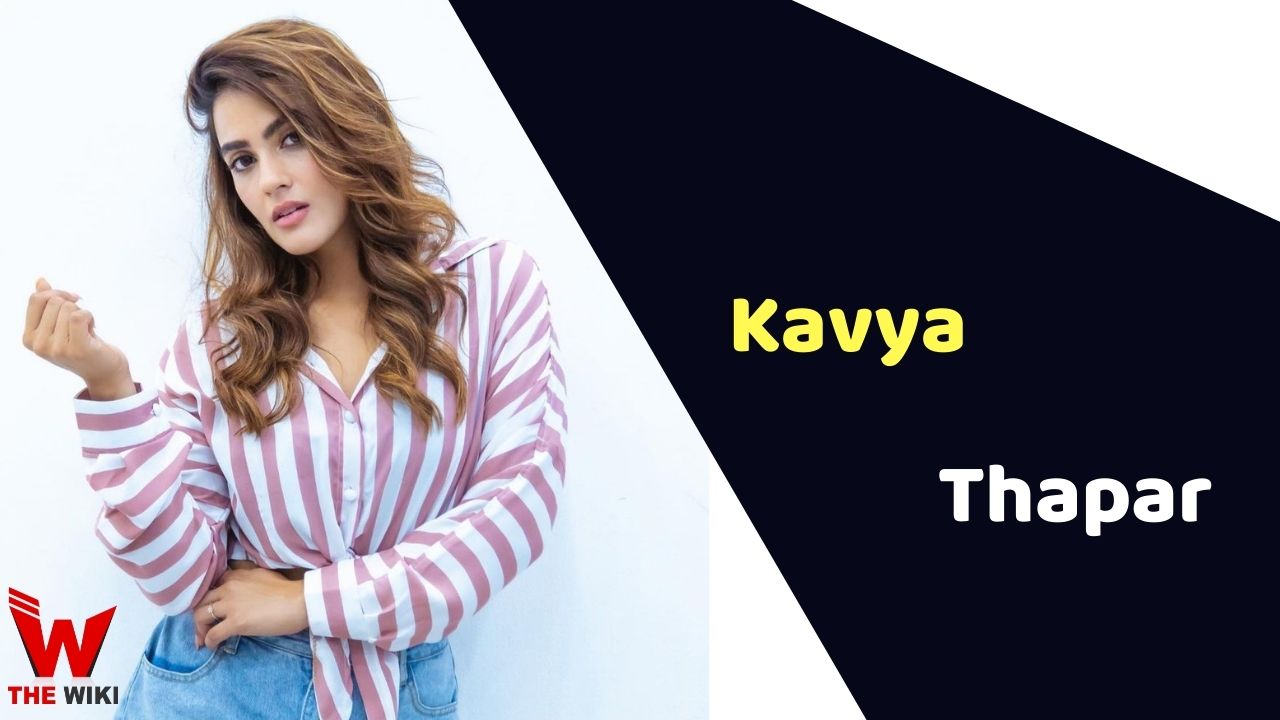 Kavya Thapar is an Indian film actress and model. She has served in the Tamil and Telugu films industry. Kavya is known for her work in Ee Maaya Peremito, Market Raja MBBS, and Ek Mini Katha. She stared her career with a Hindi film Tatkal directed by Jasmine Chabria in the year 2013.

Kavya Thapar was born on 20 August 1995 in Mumbai, Maharashtra. Her father’s name is Vicky Thapar and mother’s name is Aarti Thapar. She has a brother named Abhimanyu Thapar. Kavya did her schooling at Bombay Scottish School, Powai, and graduated from Thakur College of Science and Commerce.

Kavya started her career with the Hindi short film Tatkal as Zeisha in 2013. In 2018, she got featured in the Telugu romantic movie Ee Maaya Peremito as Sheetal Jain, daughter of a wealthy man. She starred in the 2019 Tamil film Market Raja MBBS as Vanishri alongside Arav and Nikesha Patel. In 2021, she featured in an Amazon Prime’s original adult-comedy movie, Ek Mini Katha in 2021. She played lead actress role Amrutha opposite to Santosh Shoban.

Some Facts About Kavya Thapar

If you have more details about Kavya Thapar. Please comment below we will updated within a hour.