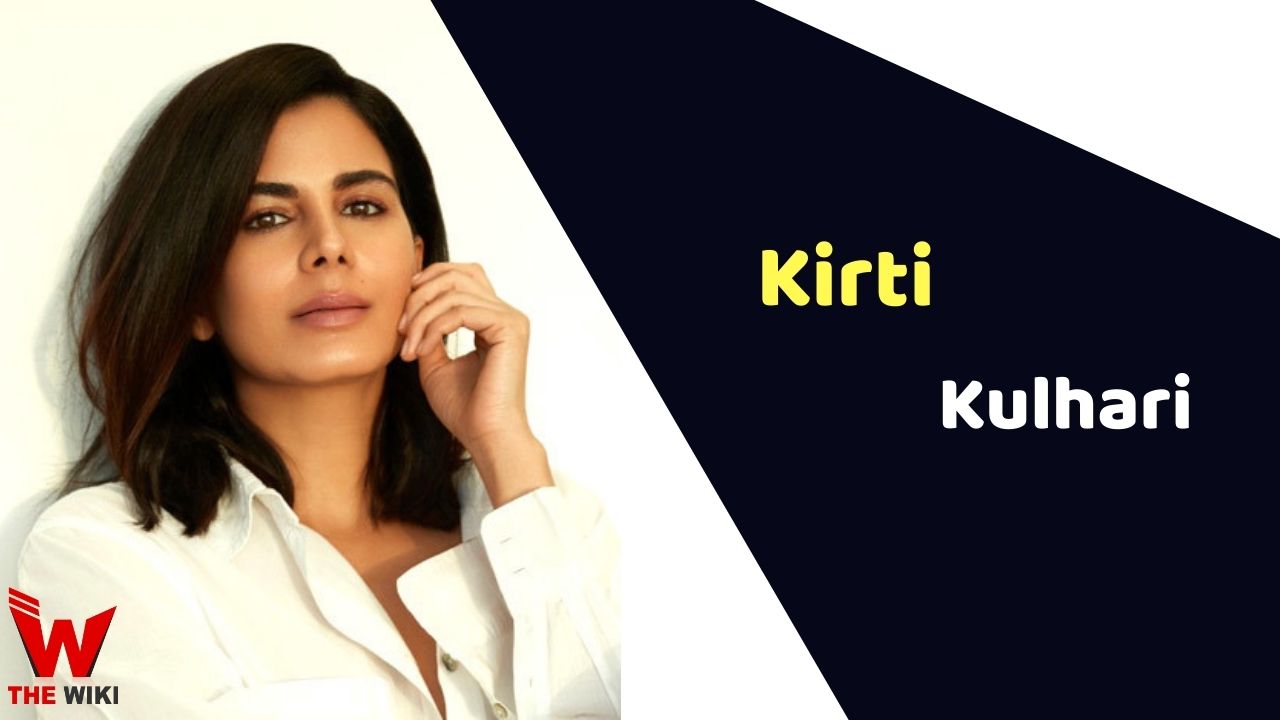 Kirti Kulhari is an Indian film actress. She majorly known for working in Hindi entertainment industry. Her roles in Pink, Mission Mangal, and Uri – The Surgical Strike have received great appreciation from critics and audiences. Kulhari received the Best Actress in a Short Film award at 64th Filmfare Awards for Maya.

Kirti Kulhari was born on 30 May 1985 in Mumbai, Maharashtra. Though she has been living in Mumbai since her birth, her hometown is said to be at Jhunjhunu in the state of Rajasthan. Kirti belongs to a well-educated army family.

Her father Khiyali Ram Kulhari is a retired Indian Navy commander. Her mother’s name is Shravani Kulhari. Kulhari has three siblings; one brother Sandeep Kulhari and two sisters Kiran and Kanchan Kulhari. Kiran is a teacher by profession while Kachan is working as a pathologist in the Indian Army. Her brother is serving as a captain in the Merchant Navy.

Kulhari has done her schooling at Kendriya Vidyalaya School. She completed her graduation in Management from Bhavan College. She also has a Master’s degree in Journalism and Mass communication from KJ Soumaiya College from Mumbai.

Kulhari started her career with modeling. Since her college days, she started getting modeling offers. She worked in the same profession for a few years and then came to television to try herself in commercial advertisements. Kirti promoted several brands including Everyouth face wash, Parachute Gorgeous Hamesha, Travel Guru, Spice, and Virgin mobile, Taj Mahal Tea, Whirlpool Refrigerators, ICICI Bank, Close-Up toothpaste and many more. She has also been a model for Nivea’s Visage Sparkling Glow face.

Before becoming a professional actor, Kirti has also worked in theatres. She acted in a workshop for a theatre group ‘Yatri’ for a month with which she had performed various theatre plays in the later years.

Kulhari got her Bollywood break with 2010’s comedy film Khichdi and then she did Shaitan in 2011. But she came into limelight after Pink in which she shared the screen with Taapsee Pannu and Amitabh Bachchan. She grabbed many important projects after that among which Indu Sarkar, Black Mail, and Mission Mangal are noted ones. In 2019, she came back to the screen with a military movie Uri starring Vicky Kaushal as the main lead. The movie was a Box Office hit, surpassing several records. This was also a critics-favorite of that year.

Besides, Kirti has also made her debut on the digital platform. She has been seen in Four More Shots Please and its second season and Bard of Blood.

Kulhari got married to Saahil Sehgal who is also working in the entertainment industry and is an actor by profession. They first met during an ad film shoot and exchanged their numbers. After 5 years, they got engaged and tied the knots in 2016.

Some Facts About Kirti Kulhari

If you have more details about Kirti Kulhari. Please comment below we will updated within a hour.