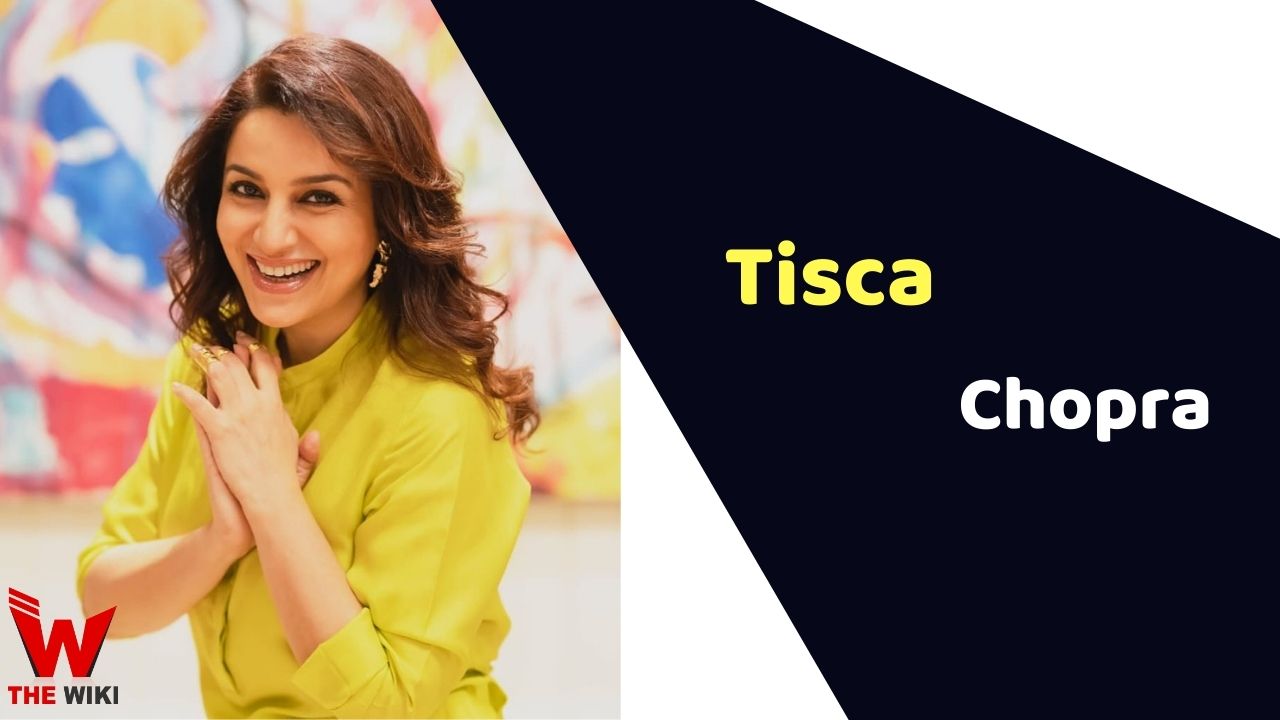 Tisca Chopra is and Indian film actor, author and film maker. She is known for her offbeat roles and strong portrayal of characters in Bollywood movies. Tisca is active in this industry for more than 25 years. Tisca rose to the limelight from the film Taare Zameen Par, by playing loveable mother character of Ishan Awasthi.

Tisca Chopra was born on 1 November 1973 in Kasauli, Himachal Pradesh. Her hometown is Delhi. Tisca’s real name is Priya Arora. Her father, S.C. Arora, worked as a principal in Apeejay School in Noida. Her mother used to be a teacher. She has a brother, Mayur C Arora. Tisca is a grand-niece of Khushwant Singh, who is a famous Indian writer.

Tisca studied at Apeejay School where her father was principal. She has got a graduation degree in English Literature from Hindu College, affiliated with Delhi University. At the same time, she started working in amateur theatre and wrote articles for several publications. After which, she came to Mumbai to train and enhance her acting skills. She was associated with theatre groups of Feroz Abbas Khan and Naseeruddin Shah.

Tisca stepped into the entertainment industry with film 15 August. Although she started her career in 1993, she got fame from the 2007 release Taare Zameen Par. The film starred Amir Khan and Darsheel Safary in the lead roles. Tisca, in the film, played the role of Darsheel’s mother Maya Awasthi. The film received appreciation from critics and audiences and her acting in the film was praised. She won the People’s Choice Stardust Best Supporting Actress Award for her performance and also got nominated for Best Supporting Actress Female in Filmfare Awards, Star Screen Awards, V Shantaram Awards, and Zee Cine Awards.

Her next much-appreciated film was Firaaq which let her won Best Supporting Actress Award in Stardust Awards. Again, she won an award for Best Actress at the Indian Film Festival of New York for the film 10ml Love.

In 2013, she appeared in Dil Toh Bachcha Hai Ji opposite Emraan Hashmi, 404, and Love Breakups Zindagi. She also appeared in OMG: Oh My God for a small role of an interviewer, thenafter in Ankur Arora Murder Case. Her next release was Qissa, which was premiered at Toronto Film Festival and won NETPAC Award for Best Asian Film. Her film Rahasya brought her the Best Actor in Negative Role Award in BIG Star Entertainment Awards.

In 2016, a short film Chutney, written and produced by the actress was released. She also acted in the film and her character’s name was Vanita. The film won Best Short Film Award in Jio Filmfare Short Film Awards and Tisca won the Best Actor Award for her impeccable performance in the film. In 2019, she appeared in the multistarrer film Good Newwz as Dr. Sandhya Joshi.

Some Facts About Tisca Chopra

If you have more details about Tisca Chopra. Please comment below we will updated within a hour.