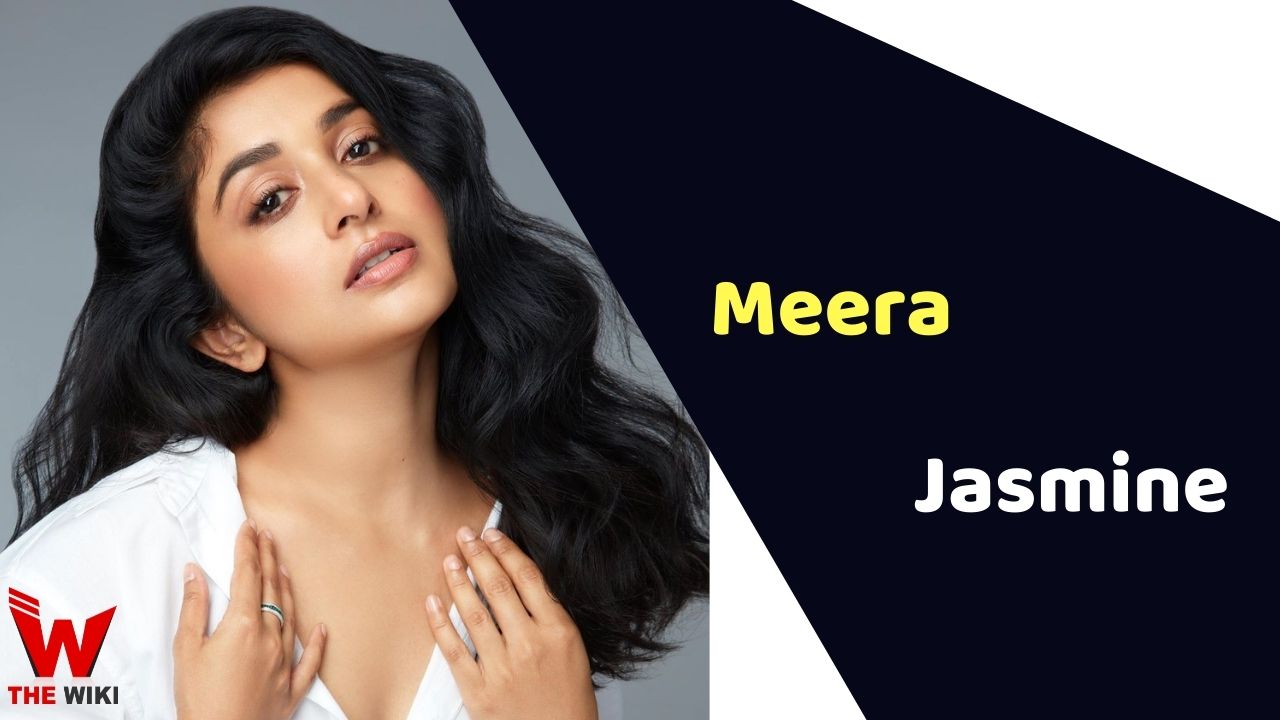 Jasmine Mary Joseph (popularly known as Meera Jasmine) is an Indian film actress who is famous for her roles in Paadam Onnu: Oru Vilapam and Ore Kadal. She also received National Film Award for Best Actress in 2004 for her portrayal in Paadam Onnu: Oru Vilapam. She is recipient of Kerala State Film Award, Kalaimamani Award and Tamil Nadu State Film Award. Meera has been worked more than 50 film mostly including Malayalam, Tamil, Telugu and Kannada language.

Meera Jasmine was born on 15th February, 1982 in Kuttapuzha village of Thiruvalla, Kerala. Her parents are Joseph Philip and Aleyamma Joseph. She has 4 siblings. Her sisters Jiby Sara Joseph and Jeny Susan Joseph are actors and one of her brothers George is an assistant cinematographer. Meera is married to a Dubai based engineer Anil John Titus.

Meera started her acting career with Malayalam movie Soothradharan in 2001. The next year she debuted in Tamil film industry with the film Run. Ammayi Bagundi is her Telugu debut film. She made her debut in Kannada film industry with Maurya in 2004.

Some Facts About Meera Jasmine

If you have more details about Meera Jasmine. Please comment below we will updated within a hour.