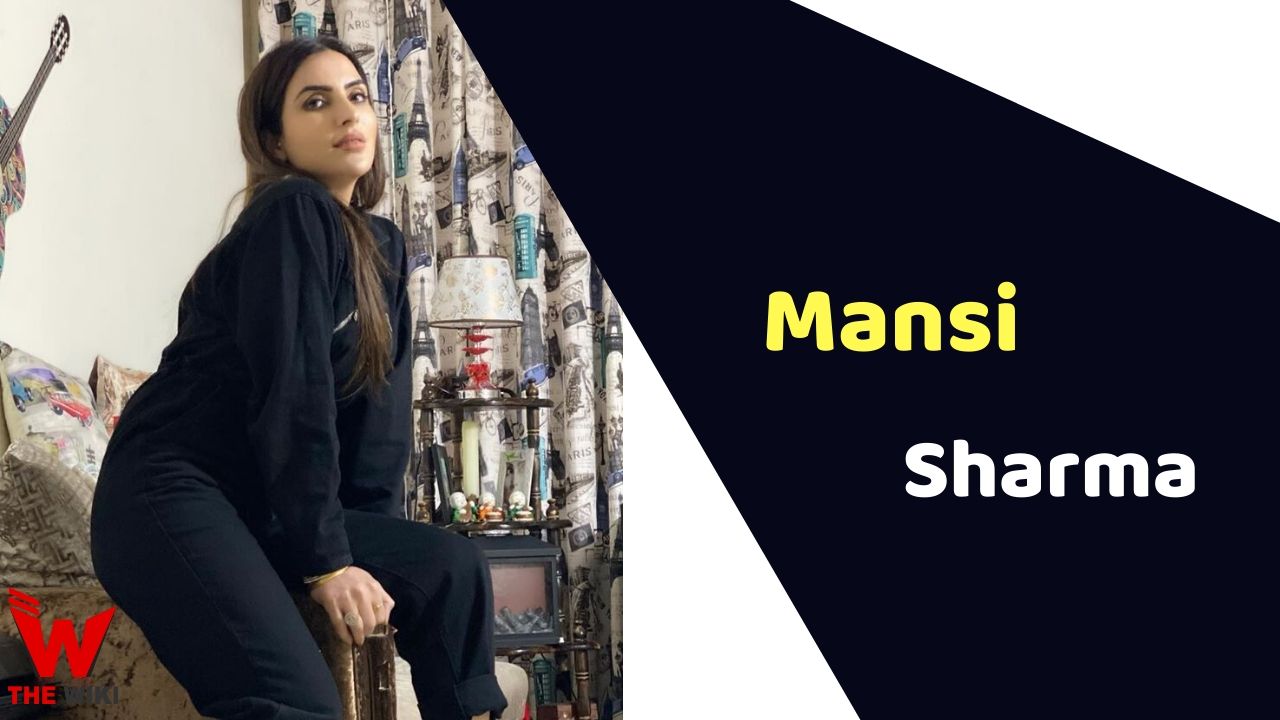 Mansi Sharma was born on 16 March 1989 in Jammu. She belongs to a Hindu family. Her family consist of her parents and 4 siblings. Mansi never thought she would one day work in the television industry, she was part of the NCC team at school and wanted to join the army. In the second year of college, she joined theater and started working in plays.

Mansi auditioned to work in Balaji telefilms in the final year of college, in which she was selected. After which she came to Mumbai to make her career. She made her television debut in Mumbai in 2012 with the serial ‘Aasmaan Se Aage’. She appeared in the supporting role of Sandhya in this show. After this show she was seen in many television serials like Devon Ke Dev … Mahadev, Mahabharat, Uttaran, Yeh Kahan Aa Gaye Hum.

Mansi is always in the news headlines for her personal life, she married Punjabi singer Yuvraj Hans on 21 February 2019. They first met during the BCL (Box Cricket League) and soon their friendship turned into love. The two got engaged on 5 February 2017. Yuvraj Hans is the son of famous singer Hansraj Hans.

Some Facts About Mansi Sharma

My body is my journal, and my tattoos r my story😍😍..Tattoos have a power and magic all their own. They decorate the body but they also enhance the soul. Nirbhau, Nirvair: Not afraid, No enemies God is fearless. God has no enemies. This would make sense as he is omnipotent. He loves everyone equally and ensures the best for everybody. Other Tattoo “YUVRAJ” who is Alwaz in my heart … Love 😘😘 @yuvrajhansofficial

If you have more details about Mansi Sharma. Please comment below we will updated within a hour.