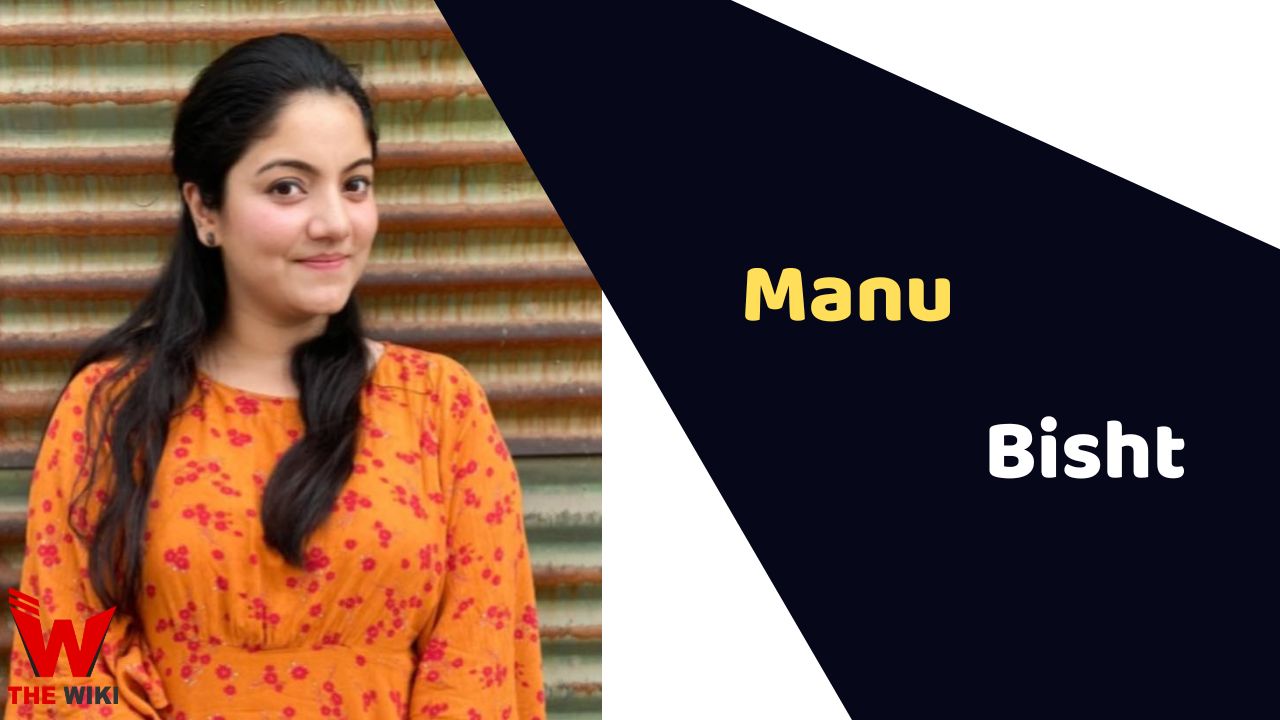 Manu Bisht is an Indian actress. She is known for playing character of Juhi (Suman-Dilip’s daughter) in Hindi web series Saas Bahu Achaar Pvt. Ltd, released on Zee5 in 2022. She has also appeared in several YouTube sketch videos of TVF. She is originally from Uttarakhand.

Manu Bisht was born on 26 November 1992 in Uttarakhand to a middle class Hindu family. She has a younger sister Khushi Bisht in the family. Manu moved to Noida in childhood and got her early education from Delhi Public School. From 2010-2014, she did graduation in Bachelor of Technology (Information Technology) from Sharda University. Later, she also pursued PGDM course in Mass Communication and Journalism from Amity University.

After graduation, Manu started working for a private firm Creative Think Media as a voice over artist. In April 2015, she joined a digital marketing company D Connect Media on the post of copywriter. Later, she joined Essence Communication after a year. Meanwhile, she also worked as a content creator and actor for India Today Network (Life Tak, Fit Tak, & Kitchen Tak).

Some Facts About Manu Bisht

If you have more details about Manu Bisht. Please comment below we will update within an hour.