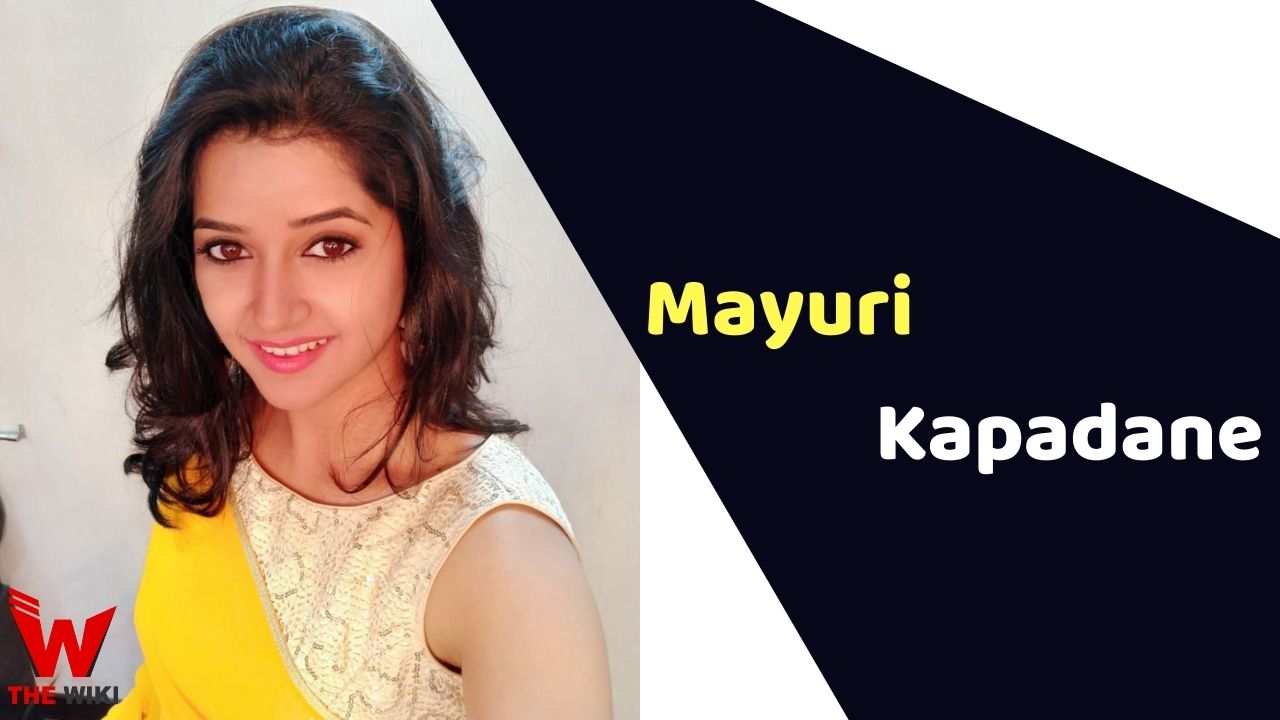 Mayuri Kapadane is an Indian film and television actress. She is known for playing lead role in Star Bharat’s television show Teri Laadli Main alongside Hemangi Kavi and Gaurav Wadhwa. Kapadane has also worked in Marathi television show Saraswati, Ghadge & Suun and Maza Hoshil Ka. She has been active in acting industry since 2015.

Mayuri Kapadane was born on 20 January 1994 in Pune, Maharashtra. She had always passionate about acting and want to make career in acting industry. She started her career with the Marathi film Dome in the year 2015. The film was directed by Pradeep Dalvi. She was seen as Rani in the film. After this film, she was seen in the lead role in the film Premwaari (2019).

Kapadane is known for her contribution to the television industry. She started her television career with a Marathi television show Saraswati, followed by she also got an opportunity to play an important role in Ghadge & Suun and Maza Hoshil Ka. She appeared in the role of Bitti (female lead) in the Star Bharat’s Hindi television show Teri Laadli Main in 2021.

Some Facts About Mayuri Kapadane

If you have more details about Mayuri Kapadane. Please comment below we will updated within a hour.