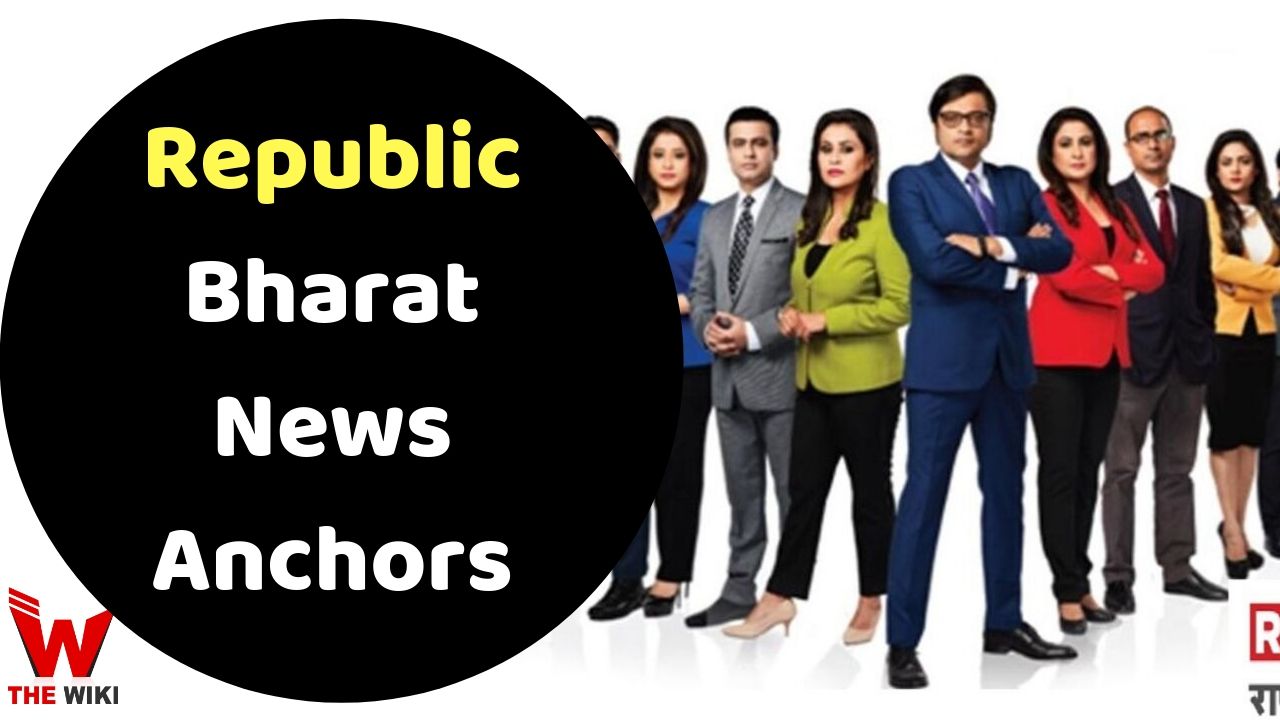 Republic Bharat is a Hindi news channel. This channel started on 2 February 2019 and in a short time this channel has made its mark. Arnab Goswami is its co-founder and editor-in-chief. Republic Network first launched Republic TV which was completely in English language. It was started to reach Republic TV to the general public.

Many news anchors are their services on Republic Bharat. This is the list of top 10 news anchor of republic bharat.

Arnab Goswami, along with being the news anchor of this channel, is also the editor-in-chief and co-founder, he performs a debate show on the channel. His aggression is worth watching during the debate. Arnab has been associated with this field for 25 years.

Sweta Tripathi is the senior news anchor of the Republic Bharat and belongs to Prayagraj. She has been involved in journalism since a decade. She has previously worked with Zee News and India TV.

Sweta Srivastava is a senior news anchor. She has been doing journalism since 2008 and she has worked with news channels like Aaj Tak and News Nation. She also hosts horoscope and cricket related programs on this channel.

Shazia Nisar is a young journalist from Republic of India, she is anchoring the news for the first time through this channel, the news related to her argument is very much liked.

Nidhi Vasandani is an experienced journalist. She made her debut in 2008. After which she has been associated with the big news channels of the country. In February 2019, she was associated with Republic Bharat.

Vivek Shandilya is an experienced news anchor, he has a good understanding of information related to the business. He has been associated with journalism for 8 years and has worked with News Nation, IBC and Zee Media.

Jyotsna Bedi is a senior news anchorand producer of Republic Bharat, she has worked in Zee News and News24. Jyotsna has six to seven years of experience in media industry and she has reached this stage in a short time on the strength of her talent.

Aishwarya Kapoor is an experienced journalist. He is active on both Hindi and English Republic Channel. He mainly participates in the debate show and works with Arnab Goswami.

Sucherita Kukreti is the senior editor and anchor of Republic TV, her powerful voice makes her stand out from others, apart from news anchoring she also hosts a debate show, her show Mahabharata on the channel is quite popular.

Acharya Vikramaditya is an astrologer and connects with the public through the horoscope program at 6:10, 7:15 and 8:10 am daily. He has a PhD in Yoga and Astrology.