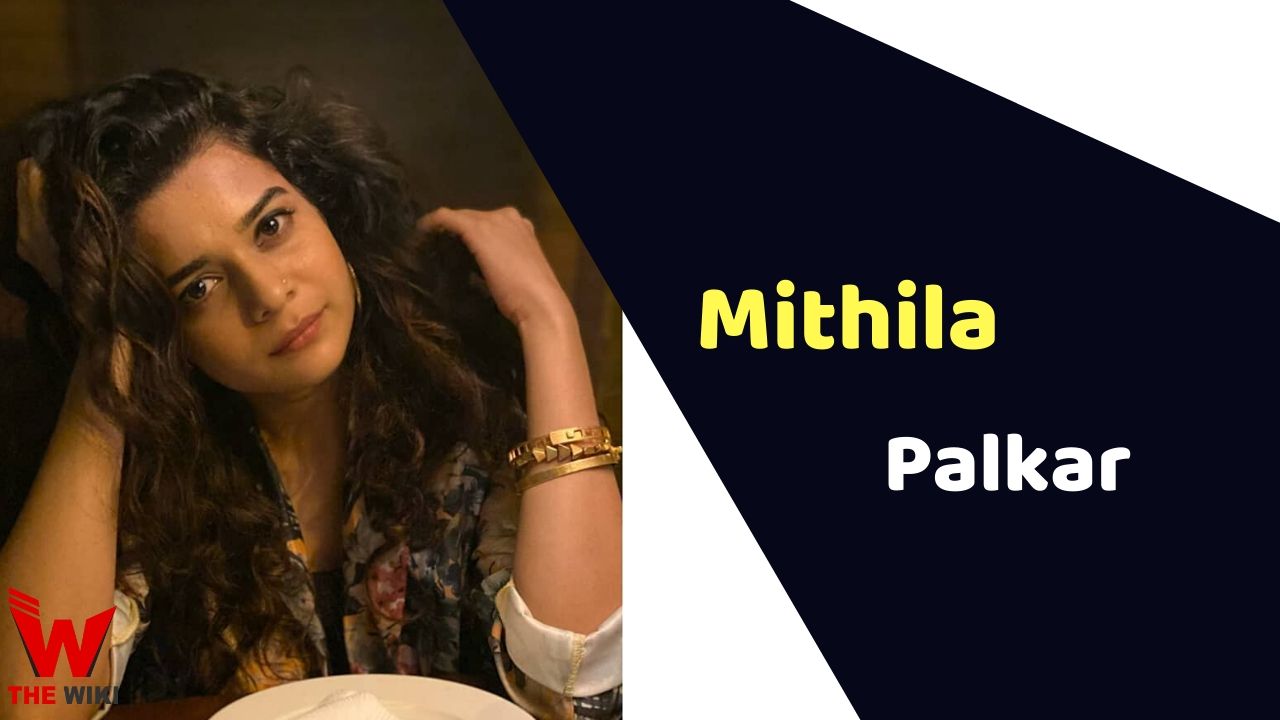 Mithila Palkar is an Indian film actress. She is known for the Bollywood films like Katti Batti, Karwaan and Chopsticks. Alongwith Hindi, She is also active in Marathi cinema. In 2017, she made a Marathi film debut with the film Muramba.

Mithila Palkar was born on 12 January 1993 in Vasai, Maharashtra. She belongs to a Marathi middle class family. Mithila comes from a non-acting background. Initially, her father and grandfather opposed but later allowed her to go to Mumbai. Mithila came to stay at her maternal grandfather’s house in Dadar at a very young age.

Mithila has also an elder sister in the family. Her sister holds PhD in Neuroscience and now lives in Los Angeles.

Palkar has completed her schooling from IES’s Modern English School. At the age of just 8, she started acting. After completing schooling, she got Bachelors of Mass Media degree from MMK College, Bandra. During this time she constantly connected to the theater. After completing graduation, she went to Los Angeles and received a crash course in acting from Stella Adler Studio of Acting.

After graduation, Palkar started auditioning for films and did first job as a back artist. After an acting course in 2014, she got a chance to make a career debut with the Marathi short film Majha Honeymoon. After this, she appeared in Nikhil Advani’s Hindi film Katti Batti. In 2018, Mithila got the opportunity to play the lead role in Karwaan film. In this film she appeared opposite Irrfan Khan and Dulquer Salmaan. After this film, she never looked back. She has worked in several netflix ventures such as Chopsticks, Little Things, Tribhanga Aati.

Some Facts About Mithila Palkar

If you have more details about Mithila Palkar. Please comment below we will updated within a hour.