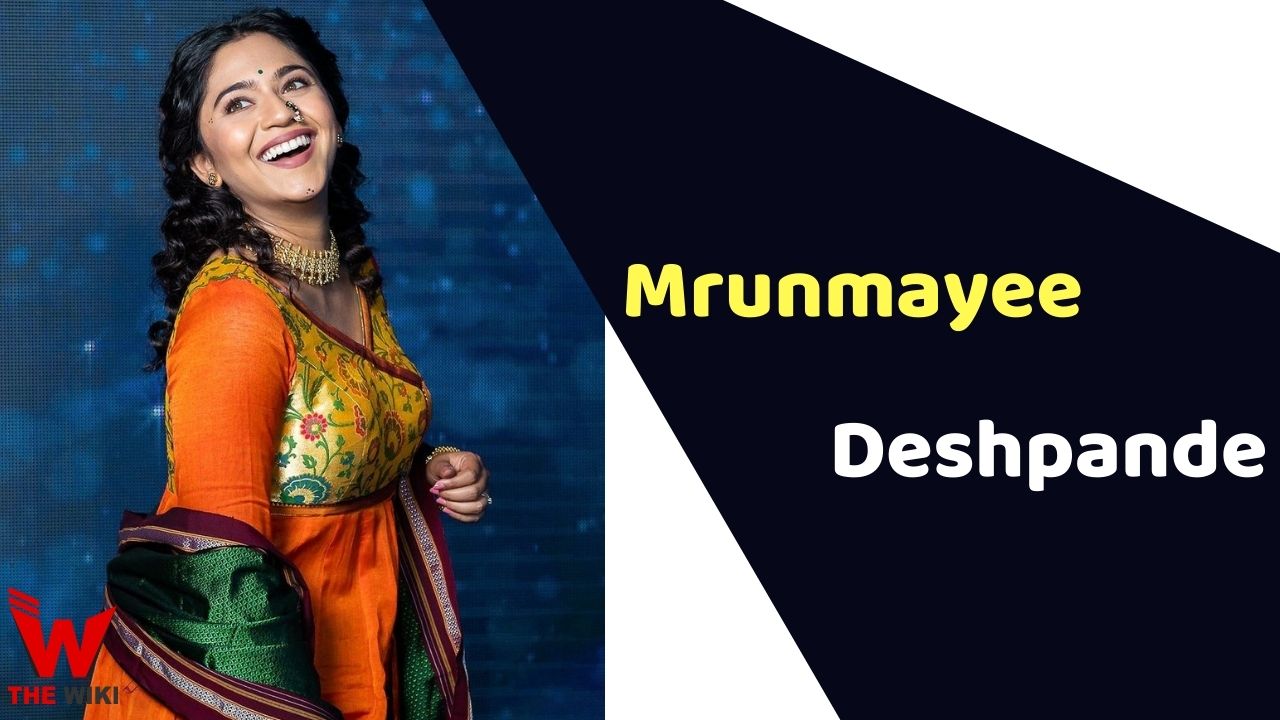 Mrunmayee Deshpande is an Indian actress and dancer. She is predominantly works in Marathi films and television industry. She is known for Marathi films such as Natsamrat, Fatteshikast, Katyar Kaljat Ghusali, Ek Cup Chya, 15 August etc. In 2021, she was seen presenting singing reality show Sa Re Ga Ma Pa Marathi L’il Champs aired on Zee Marathi.

Mrunmayee Deshpande was born on 29 May 1988 to Vivek Deshpande and Pratibha Deshpande in Pune, Maharashtra. She has a younger sister named Gautami Deshpande. Mrunmayee completed her schooling from Renuka Swaroop Girls High School, Pune. She graduated from SP College, Pune. She was interested in dancing since her childhood and also participated in her school and college functions.

Mrunmayee first appeared in the television serial Agnihotra in 2007. It was aired on Star Pravah. In 2008, she debuted in a Bollywood film Humne Jeena Seekh Liya as Pari. The film directed by Milind Ukey and starring Siddharth Chandekar. In 2009, she debuted in a Marathi film Ek Cup Chya. The movie was screened several film festival. She subsequently part of many popular Marathi films like Pune Via Bihar, Aandhali Koshimbir, Dham Dhoom, Sata Lota Pan Sagla Khota, Natsamrat etc. Mrunmayee made her directorial and writer debut from a Marathi movie Mann Fakiraa.

Mrunmayee Deshpande is married to Swapnil Rao since 2016.

Some Facts About Mrunmayee Deshpande

If you have more details about Mrunmayee Deshpande. Please comment below we will updated within a hour.