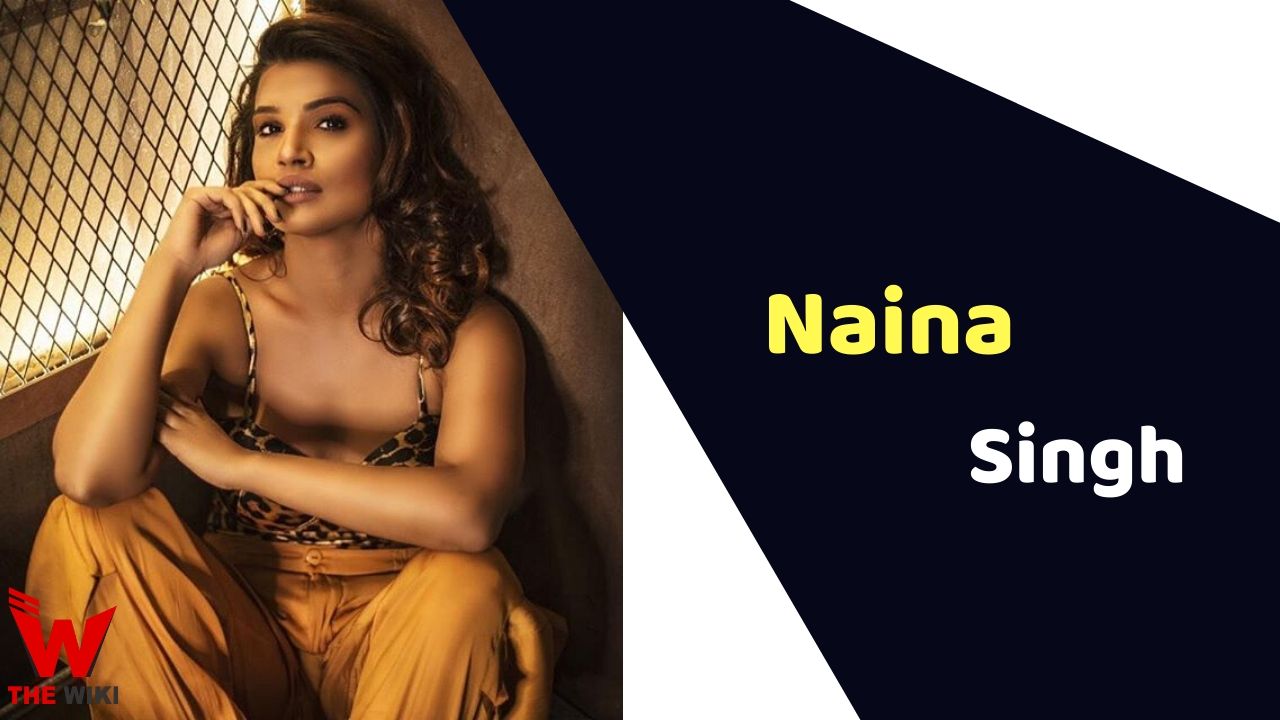 Naina Singh is an Indian television actress. She is known for television shows Kumkum Bhagya, Splitsvilla 10 and India’s Next Superstars. She gained immense popularity from the MTV show Splitsvilla 10. Apart from this, she also appeared in the music video Sundowner (2017). Naina is originally from Moradabad, India.

Naina Singh was born on 6 March 1995 in Moradabad. She belongs to a middle-class Hindu family. Her mother always wanted to become an actress in the family but for some reasons she could not fulfill her dream. She inspired Naina to learn acting and make a career in the film industry.

She received her early education from Don Bosco Public School, Nainital. After completing her studies, she shifted to Mumbai to pursue her acting and modeling career.

Naina started her journey as a model. She was crowned Femina Most Stylish Diva in 2013. After this, she started focusing on her studies. After completing studies, she came to Mumbai to pursue her career and started auditioning. During an audition, she was cast for opposite to Nawazuddin Siddiqui in the film ‘Rahasya 2’ but the film never got started.

In 2019, Naina made her acting debut with the serial Kumkum Bhagya in this show, she played Rhea Mehra, daughter of Shabbir Ahluwalia.

Naina is currently single. During the show Splitsvilla, she was reported to have dated a co-contestant Basir, but she never publicly accepted it.

Some Facts About Naina Singh

What a special day! One of the best days of my life for sure. Takes me back to the day when the mini me used to dream of being an actor, and look at me now. I think it’s true what they say, “it is not about the destination, it is the journey”. I feel so happy and grateful for this opportunity given to me by @ektaravikapoor mam , thank you so much for believing in me and @zeetv and my whole team of kumkum bhagya which has got me my first award. So much love from all of you in such less time, it’s unbelievable but I’m so thankful for all of it and i feel like my hard work is finally paying off. Thank you mom @shaktibhal this one is for you!! p.s. I just want to say, this is just the start. 😉 #zeerishteyawards2019 #nayasadasyafemale #debut #firstaward #sohappy #balajitelefilms