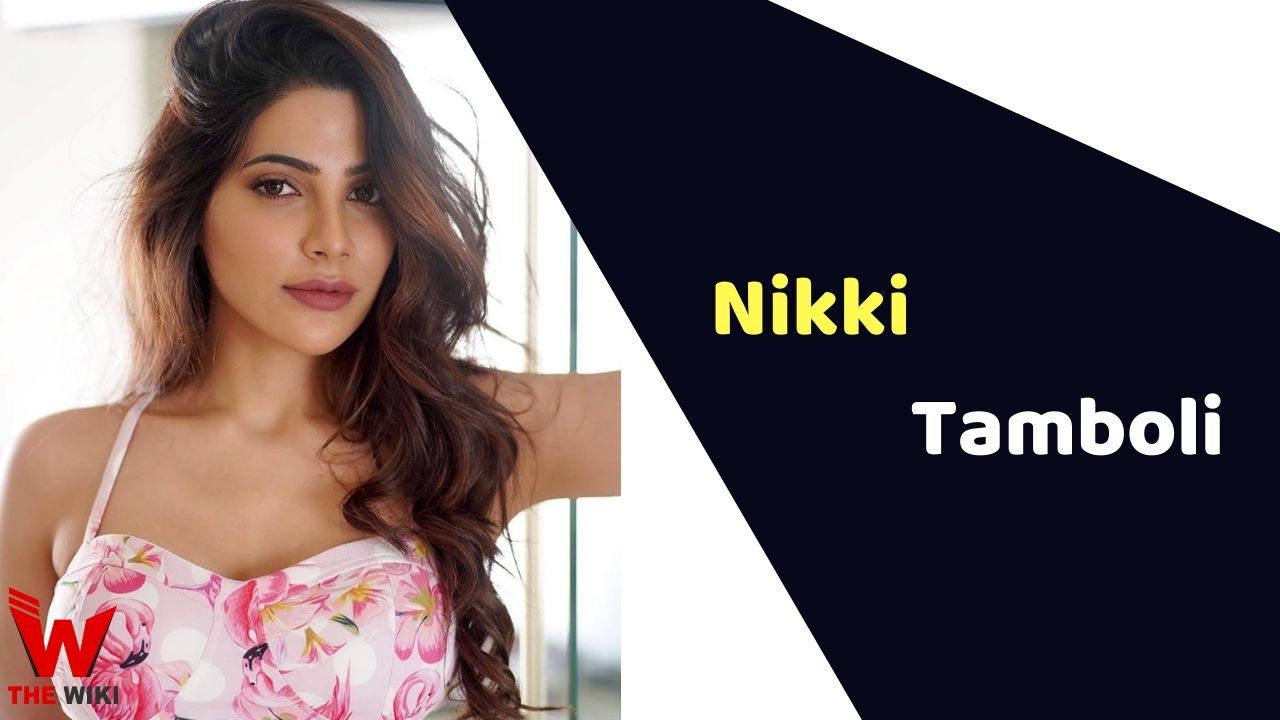 Nikki Tamboli is an Indian film actress and model. She is known for film such as Chikati Gadilo Chithakotudu, Thippara Meesam and Kanchana 3. She also participated in Colors’ television reality show Bigg Boss 14 as a contestant. Nikki has mostly worked in Tamil, Telugu and Kannada language films.

Nikki Tamboli was born on 21 August 1996 in Aurangabad, Maharashtra to a middle class Hindu family. She is daughter of Digambar and Pramila Tamboli. Her father is a manager in a Exide Industries. Nikki always had a dream of making career in acting industry. She often participated in dancing and cultural programs during her school and college days.

Nikki started her career in 2019 with Tamil film Chikati Gadilo Chithakotudu alongside Adith Arun. She played female lead character of Pooja in the film, then after she was seen in an important role in Kanchana 3. Nikki got overnight sensation after selecting in most popular Hindi television show Bigg Boss 14 in the year 2020. Recently she appeared in a Bollywood film India Fashion Industry alongside Namashi Chakraborty (youngest son of actor Mithun Chakraborty).

In 2021 she participated in stunt based reality show Fear Factor: Khatron Ke Khiladi 11.

Nikki is currently single. She was previously in relationship with DJ Rohit Gida.

Some Facts About Nikki Tamboli

If you have more details about Nikki Tamboli. Please comment below we will updated within a hour.