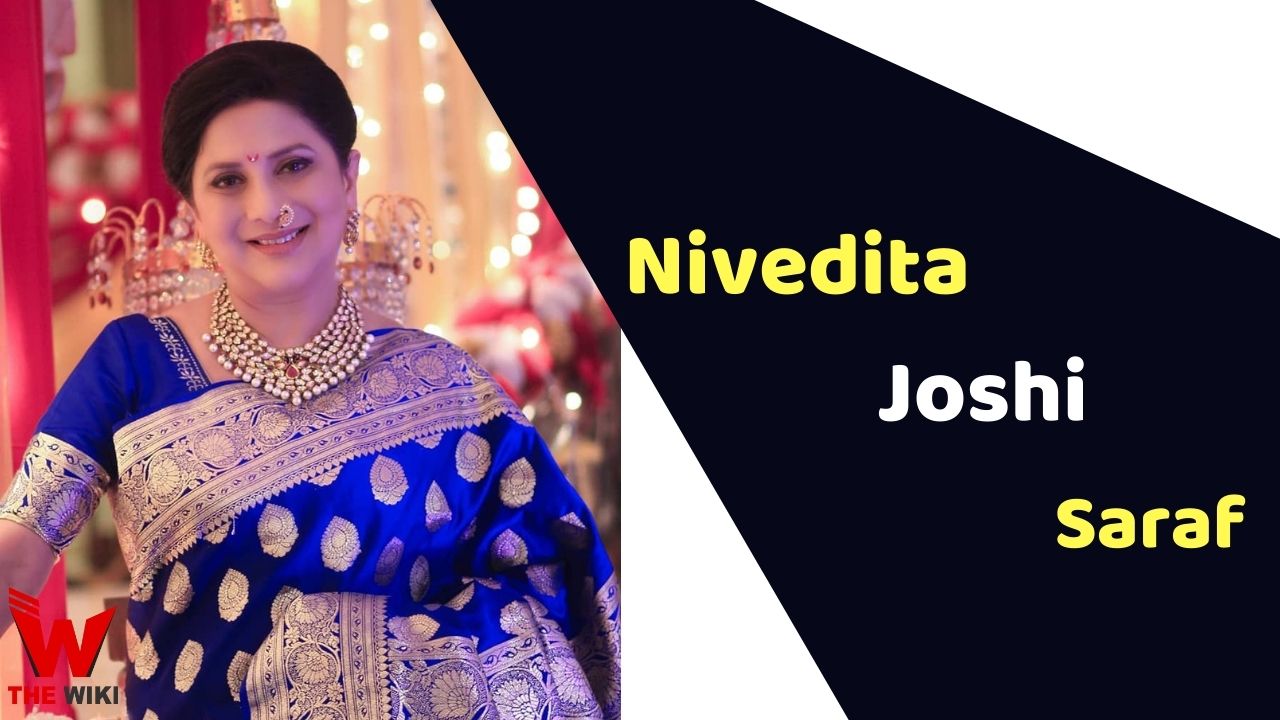 Nivedita Joshi Saraf is an Indian actress who is known for her works in Marathi industry. She is known for playing lead role in television show such as Aggabai Sunbai, Aggabai Sasubai, Kesari Nandan and Bhagya Dile Tu Mala. She is part of industry since long time and have given remarkable contribution to it.

Nivedita Joshi was born on 6 June 1965 in Mumbai, Maharashtra. She was always fascinated to be an actress and at a very young age she became part of industry. Nivedita started her career as a child artist in Hindi and Marathi films.

Her debuted film in Bollywood’s film was Apnapan in 1977. She was part of Navri Mile Navryala in 1984 as Kali Dasi and Naval Katha in 1986. Later she was part of Name O Nishan, Marte Dum Tak and Premasathi. In 1988, she worked in De Dana Dan, Kiss Bai Kiss and many more films. Apart from films, she has also done many theatre plays such as Srikanth, Cottage Nom 54, Tuzya Mazyat and many others.

Nivedita Joshi got married to renowned actor Ashok Saraf in 1990. They had worked together in various Marathi films. The couple is blessed with a boy named Aniket Saraf.

Some Facts About Nivedita Joshi Saraf

If you have more details about Nivedita Joshi Saraf. Please comment below we will updated within a hour.