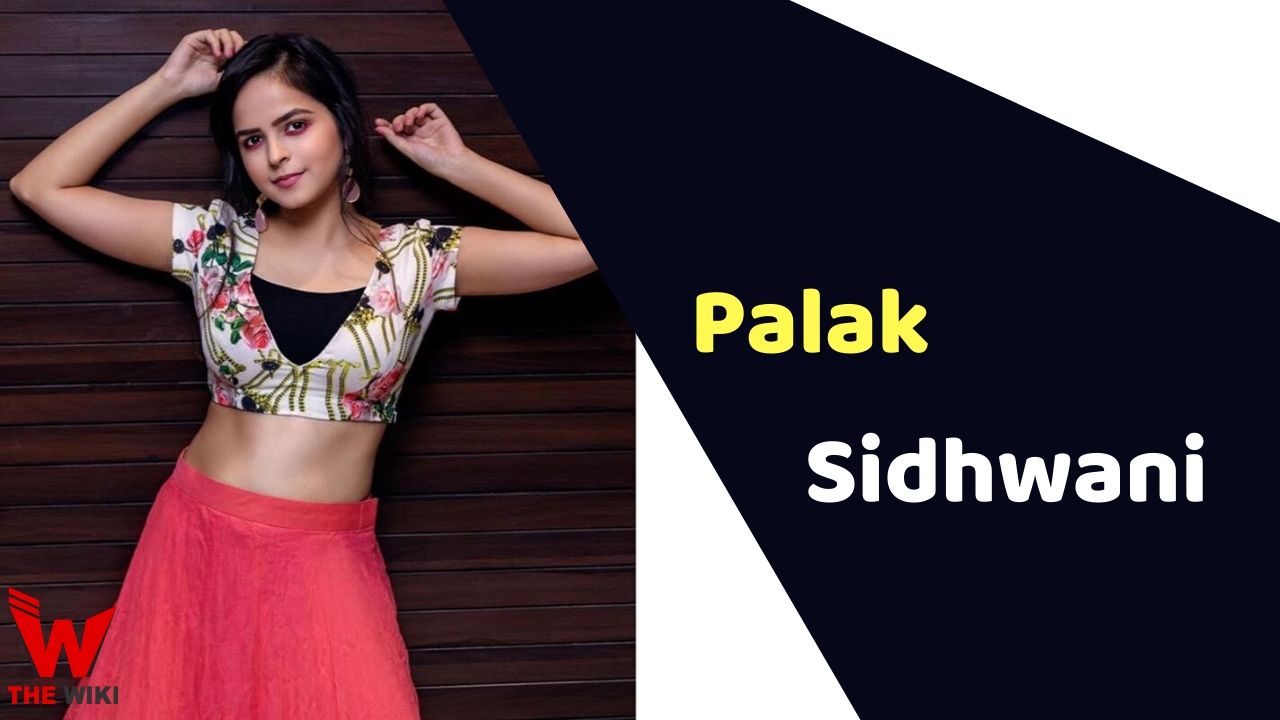 Palak Sindhwani is an Indian television actress. She is known for her character ‘Sonalika Aatmaram Bhinde’ (Sonu) in the television show Taarak Mehta Ka Ooltah Chashmah. She is originally from Manasa.

Palak Sindhwani was born on 11 April 1998 in Manasa, a small town in Madhya Pradesh. She belongs to a middle-class Hindu family. Apart from her parents she has elder brother Harshit Sindhwani in the family. Palak has been fond of acting since childhood. Her parents were against to her dream but her brother supported her.

Palak received her schooling from the Carmel Convent School, Manasa. After which she did BMM (Bachelor of Mass Media) course from Jai Hind College, Mumbai.

In 2016, Brother Harshit brought her to Mumbai where she started working in modeling. During this time Palak also worked in many television commercials. Sindhwani received her first breakthrough in Hotstar’s web series ‘Hostages’ after which she appeared in a short film The Bar. This short film was produced by hamara movies.

Palak rose to fame in the television industry from the television show Taarak Mehta Ka Ooltah Chashmah. She played Sonalika Aatmaram Bhinde aka Sonu in this show.

Some Facts About Palak Sindhwani

This clip is from a web series I shot 8-9 months ago, called ‘Hostages’ directed by #sudheermishra, you can watch this series on Hotstar premium and show your love in the comment section below. Thank you for this small but a very beautiful character @mukeshchhabracc Love and light to all! ❤️ #mccc #webseries #hotstar #hotstarpremium #acting #actor #light #camera #action #actorlife #bts #mukeshchhabra #mumbai #blessed #postoftheday #likeforlikes #instadaily #instagramer #instagram

Here’s celebrating motherhood in every form with @my_lotus_baby Happy mother’s day to all the wonderful mothers out there, thank you for your eternal love and warmth, Thank you for always being there as a supporting hand, thank you for always showing faith in our capabilities and pushing us to give our best in all the endeavors, You make our life beautiful! ❤️ P.S. – Special thanks to this one @rakeshsharma_16 I’m blessed to have a friend like you, thank you for everything! 🤗 #ad #mothersday #truelove #postoftheday #lotusbaby #funshoot #blessed #likeforlikes #mumbai

I’m so happy to share the First glimpse of my upcoming movie – “The Bar” So glad I got to work with such great people for my first movie. Thank you so much @aneeta31 @thatgirlwhomakesfilms @kb_bigbadwolf For guiding me and making me a part of this wonderful team. Cheers to the new beginnings and friendships. #thatgirlwhomakesfilms #shortfilm #newbeginnings #blessed #grateful ❤

If you have more details about Palak Sindhwani. Please comment below we will updated within a hour.