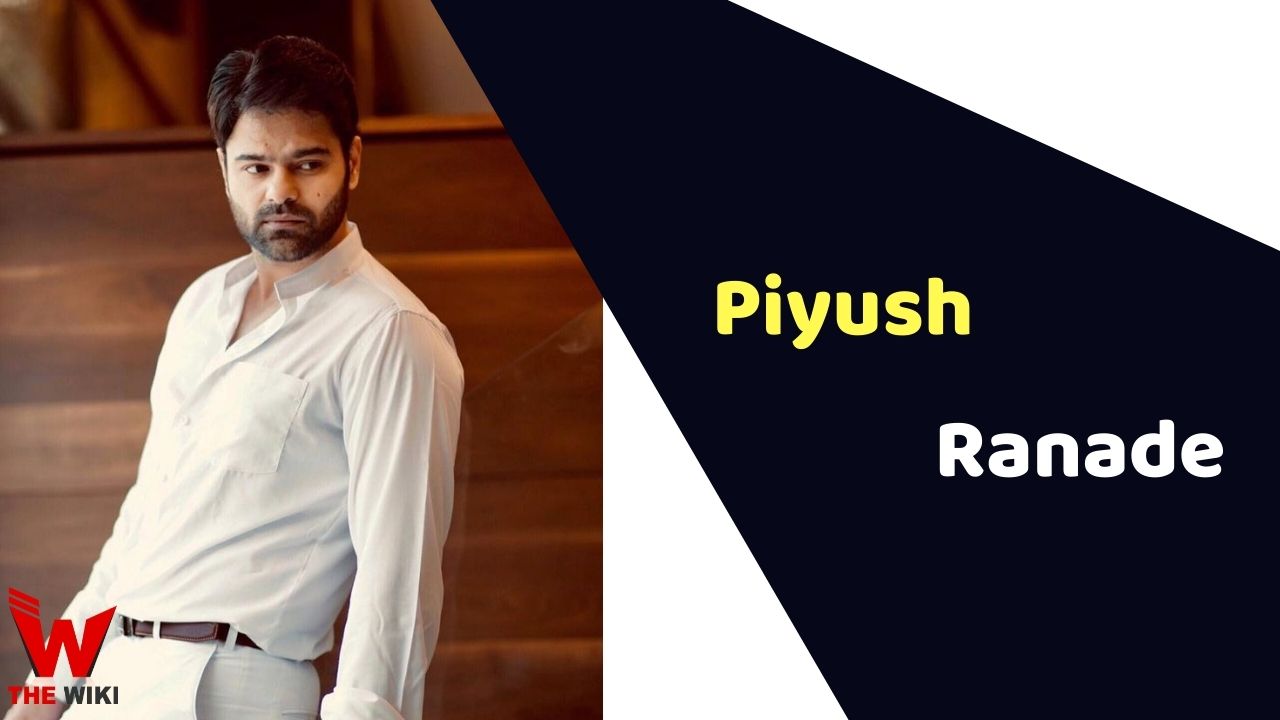 Piyush Ranade was born on 28 March 1983 in Nagpur, Maharashtra. His father’s name is Vibhas Ranade. He did his schooling at Tejas High School in Baroda and graduated from The Maharaja Sayajirao University of Baroda. He holds a degree in B.Com and Bachelor’s in Theatre Arts.

Piyush made his debut with the Marathi television serial Ekach Hya Janmi Janu as Shrikant Inamdar. In 2009, he got cast in the comedy series Burey Bhi Hum Bhale Bhi Hum as Jyotika. He played the role of Abhijit in the television crime drama-thriller show Asmita in 2014. Piyush acted in long run television serial Anjali starring alongside Suruchi Adarkar, Harshad Atkari and Resham Shrivardhankar. Later he portrayed the character of Inspector Deepak Dhole in the television drama series Shaurya in 2018.

Apart from television, Piyush also made his film debut with the Marathi movie Shrimant Damodar Pant, played the role of Vijay in 2013. He got featured in the Mangesh Kanthale Marathi film Untitled played the lead role in 2014. He played a negative role in the Sakar Raut Marathi movie Shivya in 2014. The same year, he made guest appearance in the Viju Mane’s Chuk Bhul Dyavi Ghyavi. In 2016, he appeared in the crime-mystery film Laal Ishq. Piyush subsequently seen in Ti Dete To Deto Te Detat Saglech Detat Shivya, Kapat and Tribhanga.

Piyush Ranade tied the knot with Mayuri Wagh in the year 2017. She is well-known Marathi television actress and known for her performances in Asmita and in Ti Phulrani.

Some Facts About Piyush Ranade

If you have more details about Piyush Ranade. Please comment below we will updated within a hour.