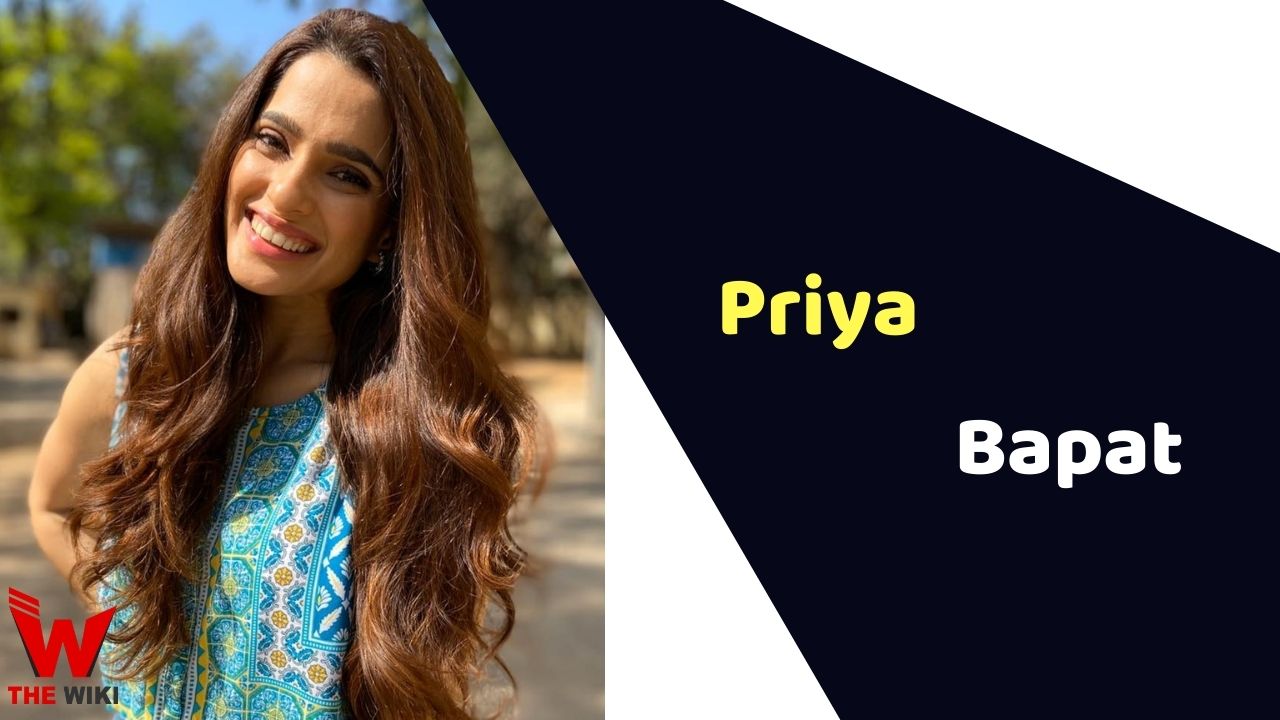 Priya Bapat is an Indian television and film actress. She predominantly works in Marathi and Hindi languages. She is renowned for her portrayals in the movies like Kaksparsh (2013), Aamhi Doghi (2018), Happy Journey (2014), Lokmanya: Ek Yug Purush (2015), Timepass 2 (2015), and Lage Raho Munna Bhai (2006). In 2019-21, She played lead role of Poornima Gaikwad in Disney+ Hotstar web series City of Dreams.

Priya Bapat was born on 18 September 1986 in Mumbai, Maharashtra. Her father’s name is Sharad Bapat, and her mother’s name is Smita Bapat. She has a sibling named Shweta Bapat. She did her schooling at Balmohan Vidyamandir and completed her graduation from Ramnarain Ruia Autonomous College and Sophia College. Bapat holds a Bachelor’s degree in Mass Communication.

Bapat made her debut with the movie Dr. Babasaheb Ambedkar as Young Ramabai in the year 2000. She got featured in the hit film Munna Bhai M.B.B.S as Medical Student along with Sanjay Dutt in 2003. She later appeared in the 2006 movie Lage Raho Munna Bhai as Prospective Bride in the year 2006. Meanwhile, Bapat began her television career with a Marathi show De Dhamal. She also featured in important roles in TV serial Abhalmaya, Shaque, Vicky Ki Taxi etc.

Priya Bapat tied the knot with Umesh Kamat in the year 2011.

Some Facts About Priya Bapat

If you have more details about Priya Bapat. Please comment below we will updated within a hour.