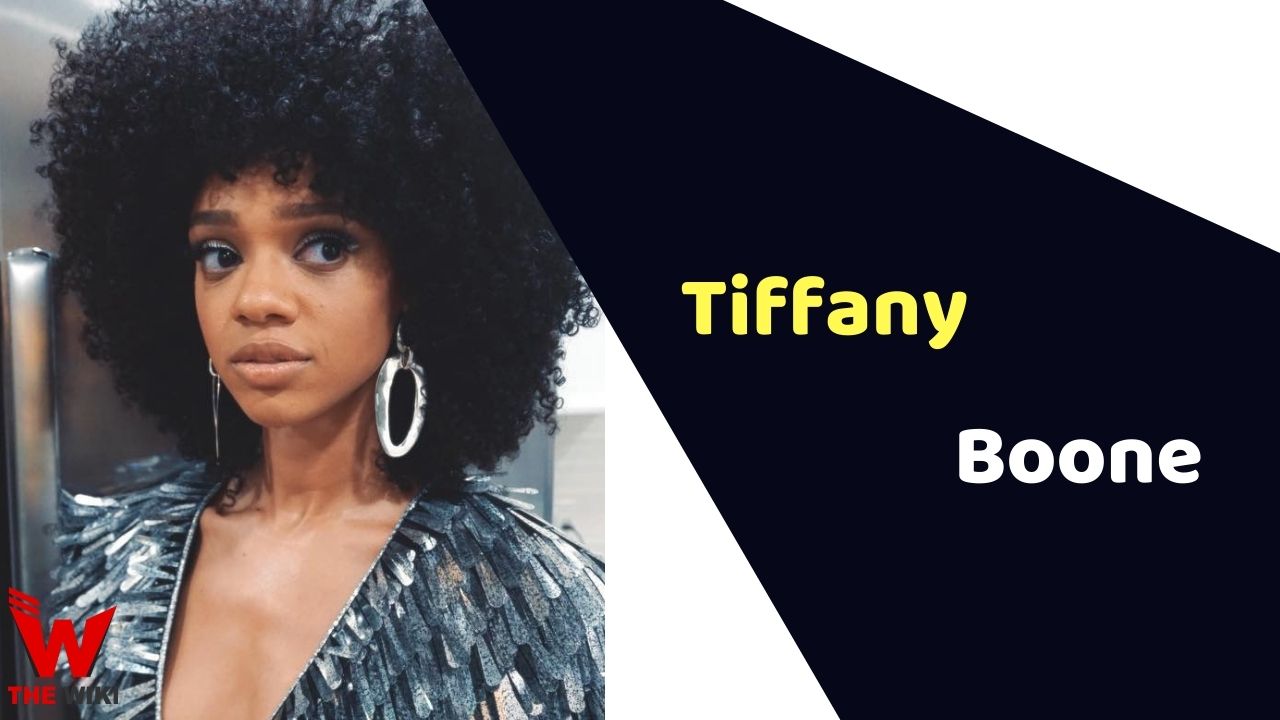 Tiffany Boone is an American actress. She has worked  in various TV shows and movies. She is best known for Hunters (2020), Detention (2011) and Beautiful Creatures (2013).

Tiffany Boone was born on August 27, 1987 in Baltimore, Maryland. Her father was murdered when she was only 3 years old. [1]Instagram Her mother works for the Social Security Administration. Boone studied at Royal Scottish Academy in Glasgow for 3 months. She graduated from California Institute of the Arts. She currently lives in Los Angeles.

Boone started her career in 2006 with her film Hamilton directed by Matthew Porterfield. In 2014, she appeared in the crime thriller television series The Following as Mandy Lang. The show brought her in the limelight and later she played lead role in The Chi, Hunters, Little Fires Everywhere and Nine Perfect Strangers.

In 2011, Boone appeared in the horror- comedy film Detention. She was also part of films like The Midnight Sky, Beautiful Creatures and Pie Head. In 2020, she appeared in Hulu’s Little Fires Everywhere.

Tiffany Boone is engaged to her longtime boyfriend Marque Richardson.

Some Facts About Tiffany Boone

If you have more details about Tiffany Boone. Please comment below we will updated within a hour.