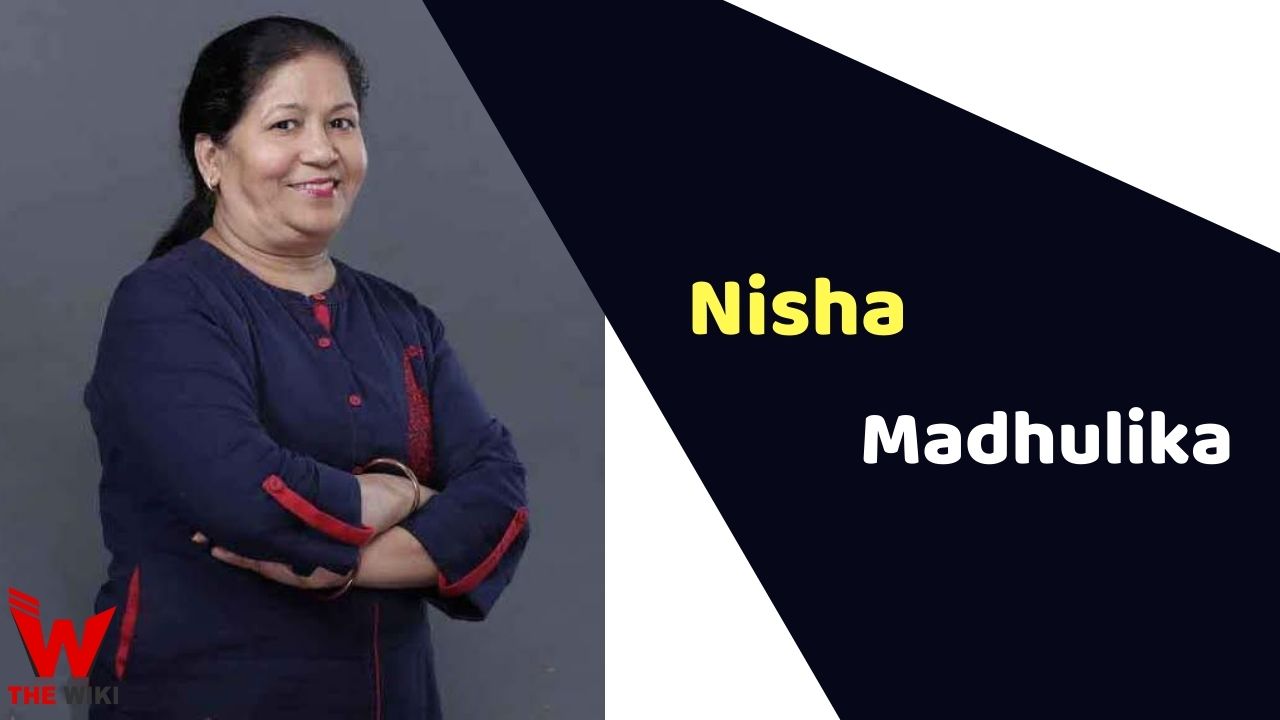 Nisha Madhulika is an Indian chef and Youtuber. She has her own food columns in several websites like Indian Express, Amar Ujala, Times of India and Dainik Bhaskar. Madhulika is one of the most popular Indian cuisine chefs and most subscribed female YouTuber in India. She is also a restaurant adviser.

Nisha Madhulika was born on 25 August 1959 in Noida, Uttar Pradesh. She completed her schooling from her hometown. She graduated with a Bachelor of Science degree. Madhulika started her career  by launching a food blogging website on Indian vegetarian food recipes in 2007. She wrote about Indian cuisine, tips and tricks and how to cook vegetarian recipes. She has written more than 100 recipes in her blog.

In 2009, she created a YouTube channel. In her YouTube channel, she made homemade Indian vegetarian cuisine and also taught her audience how to make them easily.

Nisha Madhulika is married to MS Gupta, a tech entrepreneur. The couple has 2 sons.

Some Facts About Nisha Madhulika

If you have more details about Nisha Madhulika. Please comment below we will updated within a hour.