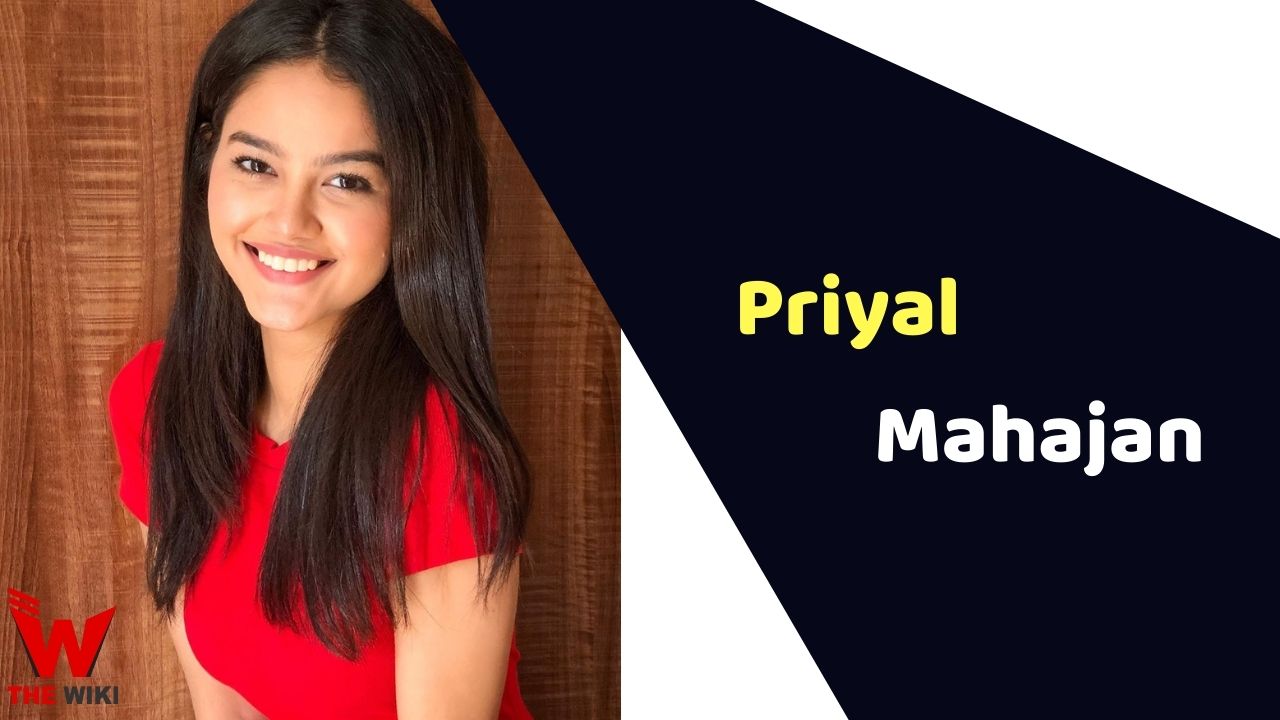 Priyal Mahajan is an Indian television actress. She gained popularity through Tik Tok which eventually led to her major break in the television industry. She appeared in television show Maulki as female protagonist. Priyal originally hails from New Delhi, India.

Priyal Mahajan was born on 3 October 2001 in New Delhi, India. She belongs to a middle-class Hindu family and she has a brother named Akshum Mahajan. Mahajan decided to pursue acting at a very young age and pre-planned on shifting to Mumbai which turned out to be a boost in her acting career. She always had the great support of her parents to pursue acting.

Mahajan completed her schooling from Goodley Public School, New Delhi. She recently graduated and moved to Mumbai to pursue a career in the acting industry. She has always been a bright and bubbly girl during her school time and always had an active participation in all talent performance shows during her school time.

Mahajan has appeared in various regional television serials and she also appeared in the Hindi serial “Kasautii Zindagii Kay” in which she played the character of Tapur Basu. She has done some of the modeling assignments. Mahajan is very active in commercial advertisements. She got her first major breakthrough opposite to Amar Upadhyay in TV show ‘Maulki’.

Some Facts About Priyal Mahajan

If you have more details about Priyal Mahajan. Please comment below we will updated within a hour.