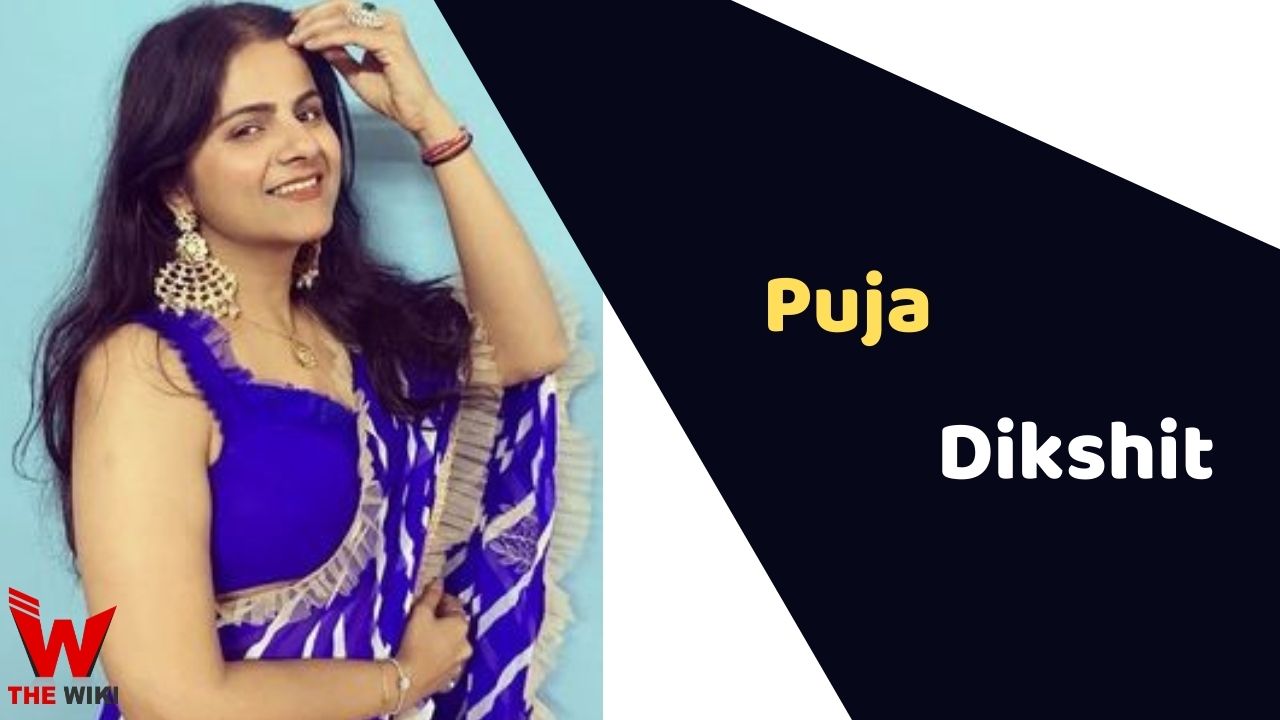 Puja Dikshit is an Indian actor, model, anchor and social media influencer. She is famous for her work in the movies like Upnyaas and Kitaab. Puja has also appeared in several popular television shows such as Mithai, Mere Sai and Yeshu. She has been active in entertainment industry since 2019.

Puja Dikshit was born in Pratappur, Uttar Pradesh. She started her career with the short drama film Kitaab in the year 2019. She got featured in the thriller movie Upnyaas. Puja made her debut with the television serial Golmaal Aspatal in 2020. She got featured in TV shows like Vikram Betaal, Paramavatar Shri Krishna, Taarak Mehta Ka Ulta Chasmaa, Ye Rishta Kya Kehlata Hai, Rangrasiya etc.

Some Facts About Puja Dikshit

If you have more details about Puja Dikshit. Please comment below we will updated within a hour.