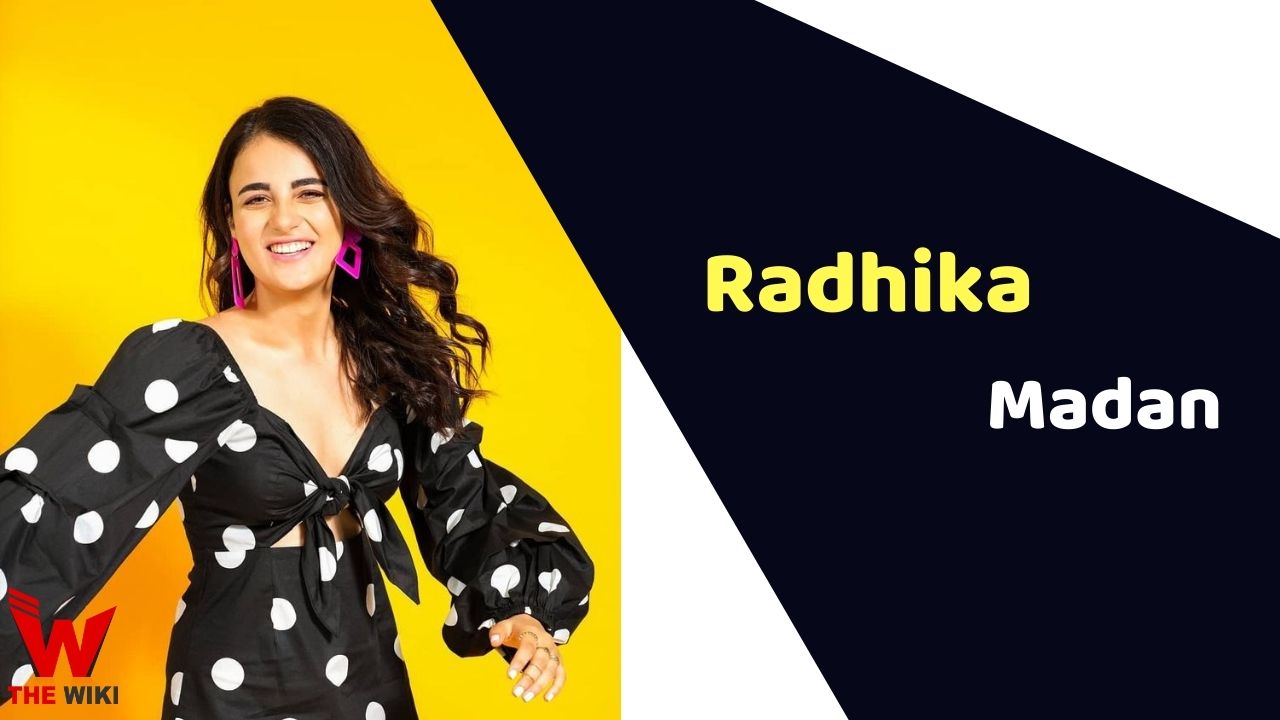 Radhika Madan was born on 1 May 1995 in Delhi, India in a middle-class family. Her family and close friends call her Ishu. Her father’s name is Sujit Madan who is a businessman and her mother is Neeru Madan who is a painter. She is one of two siblings. She has a brother, Arjun Madan who is an Implementation Developer.

Radhika completed her schooling from Delhi Public School, Mathura Road, New Delhi, and did her graduation in Bachelor’s of Commerce from Jesus and Mary College, University of Delhi, New Delhi.

Radhika debuted in acting with Colors’ television serial Meri Aashiqui Tum Se Hi in 2014 as Ishaani. She also participated in Jhalak Dikhhla Jaa Season 8 as a contestant but got eliminated in the 6th week. Then, she experimented herself on different entertainment platforms including films. Radhika debuted in Bollywood with the movie Pataakha with Sanya Malhotra as her co-star. This comedy-drama movie was directed by Vishal Bhardwaj. In 2018, she acted in director Vasan Bala’s action comedy film Mard Ko Dard Nahi Hota as Supriya Bhadoria.

In 2020, she was seen in director Homi Adajania’s film Angrezi Medium, a comedy-drama and a sequel of the movie Hindi Medium.

Some Facts About Radhika Madan

If you have more details about Radhika Madan. Please comment below we will updated within a hour.