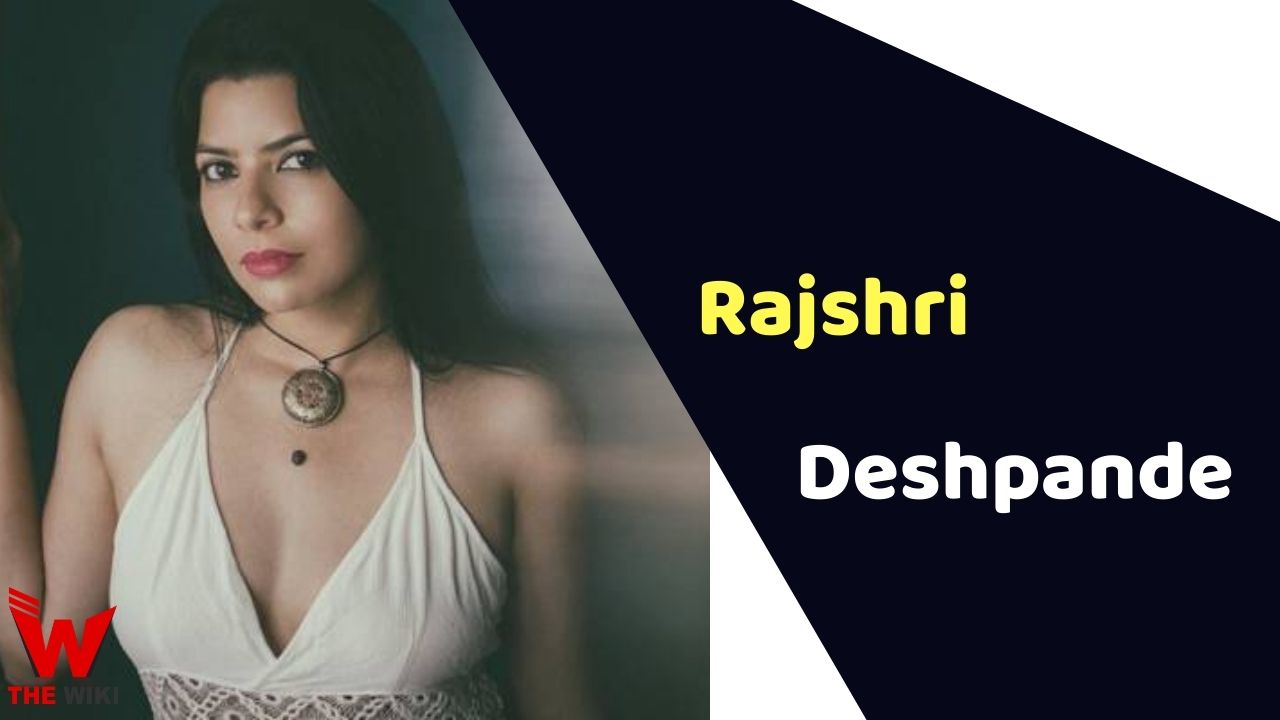 Rajshri Deshpande is an Indian actress and activist. She is known for her role of Laxmi in Angry Indian Goddess and Subhadra in Sacred Games. She has also worked in several web series like The Fame Game, Kanpuriye, Ghost Stories, Aarya and Feels Like Ishq.

Rajshri Deshpande was born on 14th October 1983 in middle-class Maharashtrian family. Her parents are retired government workers. She is youngest among three children. Her two elder sisters are doctor and teacher. Rajshri graduated in law from Symbiosis Law School. She did her post-graduation in advertising from Symbiosis International University. She has done diploma in filmmaking from Whistling Woods International, Mumbai.

Rajshri made her debut in 2012 with Reema Kagti’s Talaash starring alongside Aamir Khan and Kareena Kapoor Khan. She later played the role of Mrs. Sharma in Kick. Rajshri got recognition for her portrayal of Lakshmi in Pan Nalin’s film Angry Indian Goddess in 2015. The film was screened at several film festivals and was 1st runner up for People’s Choice Award at the Toronto International Film Festival. She has acted in several Hindi films including Mumbai Central, Mom, The Sky is Pink and more.

Rajshri has acted in Malayalam movies Haram and Sexy Durga. She acted in a trilingual film Eli Eli Lama Sabachthani? in 2016.

Rajshri made her debut on small screen with Kuch Toh Log Kahenge in 2013. She played the role of Suhasini Trehan: Mallika’s Sister-in-law in the serial. She also appeared as Agent Veena in action thriller TV series 24 in 2013. She also portrayed the role of Subhadra in Sacred Games. In 2022, She was seen in the Netflix’s series called The Fame Game.

Rajshri joined an International NGO in 2014 to help the people in Nepal earthquake. She adopted a drought-prone village Pandhari in the Marathwada region of Maharashtra and later went on to adopt one more. She started an NGO called Nabhangan Foundation in 2018. She is a core member of Citizens for Tomorrow, an NGO by Juhi Chawla to control plastic pollution.

Rajshri Deshpande is married to Nawdeep Puranik who is the vice-president of an IT company based in Pune.

Some Facts About Rajshri Deshpande

If you have more details about Rajshri Deshpande. Please comment below we will updated within a hour.