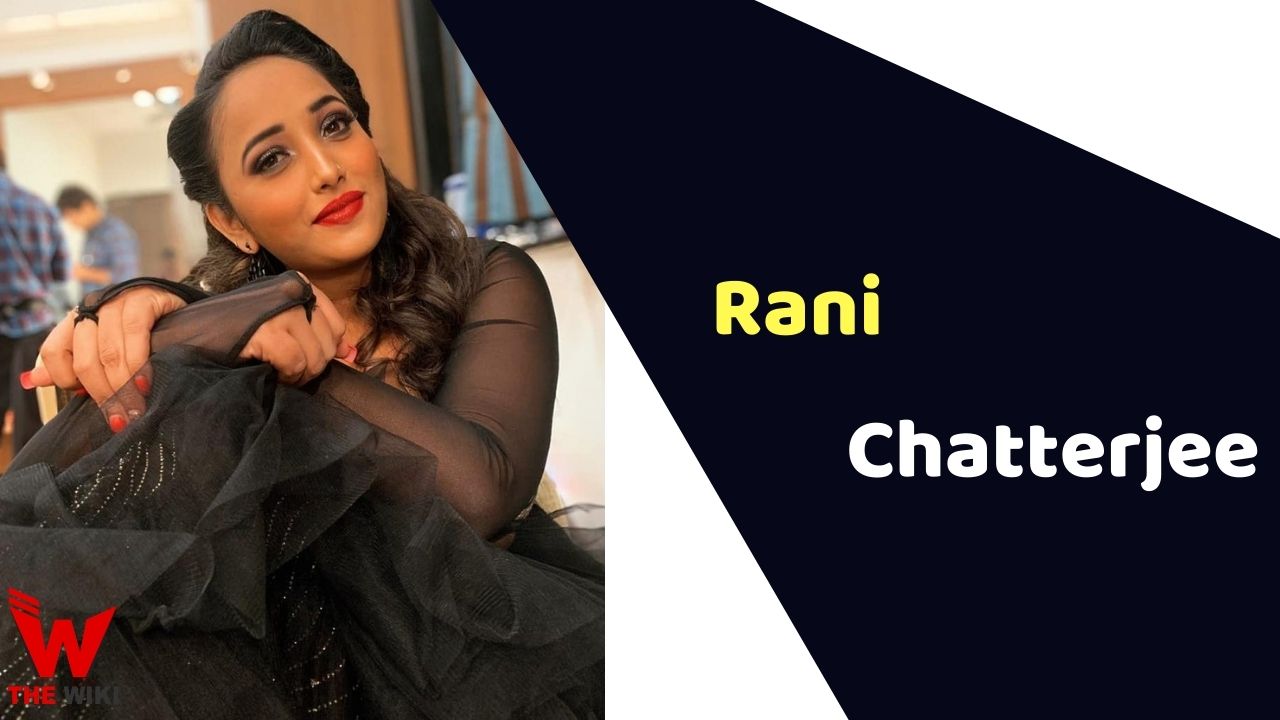 Rani Chatterjee is an Indian television presenter, dancer and actress, who predominantly worked in Bhojpuri cinema. She is known for playing the role of ‘Rani’ in the film Devra Bada Satawela in 2010. She won the Best Actress Award at Dada Saheb Phalke Foundation in 2017.

Rani Chatterjee was born on 3 November 1989 in Mumbai, Maharashtra to a Muslim family. Her actual name is Sabiha Shaikh which later changed to Rani Chatterjee. She grew up with her brother Sameer Chatterjee. When she was in the 10th standard, she got her first opportunity to act in a Bhojpuri film in her career in 2003.

Rani had completed her primary and secondary schooling from Tungareshwar Academy High School, Vasai, Maharashtra. She has developed an interest towards acting when she was a small kid. She has won many awards for her dancing style. Chatterjee has done graduation from University of Mumbai, Maharashtra.

Chatterjee made her Bhojpuri debut with the film Sasura Bada Paisawala as Rani in 2004. She has worked in many Bhojpuri films like Dhadkela Tohre Nave Karejwa, Bitiya Sada Suhagan Raha, Main Rani Himmatwali etc. She has also participated in the Colors TV stunt based show Fear Factor Khatron Ke Khiladi season 10 in 2020.

In 2020, Chatterjee has also appeared in the MX Player web series Mastram. She has worked in more than 300 films. She won Bhojpuri Film Awards for Best Actress in 2013 and 2014.

Some Facts About Rani Chatterjee

If you have more details about Rani Chatterjee. Please comment below we will updated within a hour.