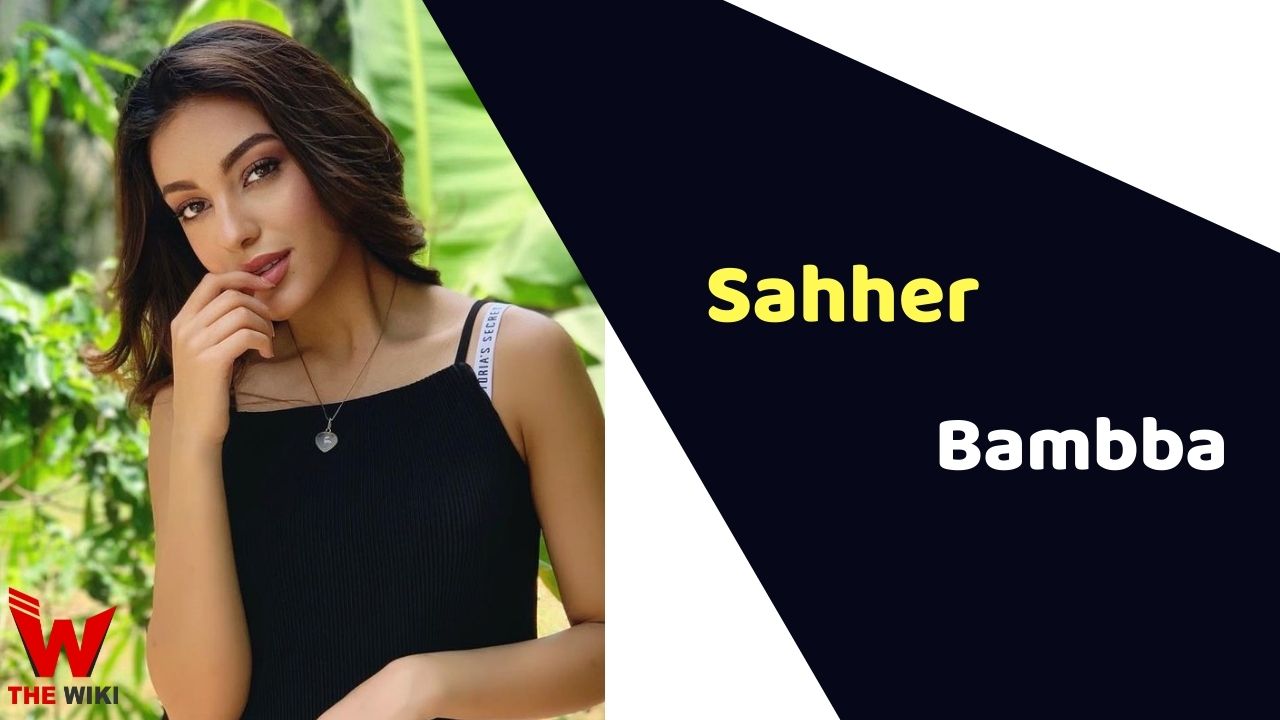 Sahher Bambba is an Indian film actress and model. She won the 2016 Oppo Bombay Times Fresh Face. Sahher got recognition for her first romantic movie Pal Pal Dil K Pass as Saher Seth in the year 2016 and got praised by the audiences.

Sahher Bambba was born in 1999 in Shimla, Himachal Pradesh. Her father’s name is Sunil Bamba, and her mother’s name is Shilpa Bamba. She has a sibling named Saachi Bamba. She completed her graduation at Jai Hind College, Mumbai.

Sahher began her career with the romance movie Pal Pal Dil Ke Pass alongside Karan Deol as Saher Seth, a Delhi vlogger goes to Manali to see another solo trekking in 2019. She later appeared in the romance-comedy television series Those Pricey Thakur. Recently, she did an action-drama web series The Empire in 2021. The series concentrates on the increase and the defeat of the Mughal Empire across ages from Babur to Aurangzeb.

If you have more details about Sahher Bambba. Please comment below we will updated within a hour.