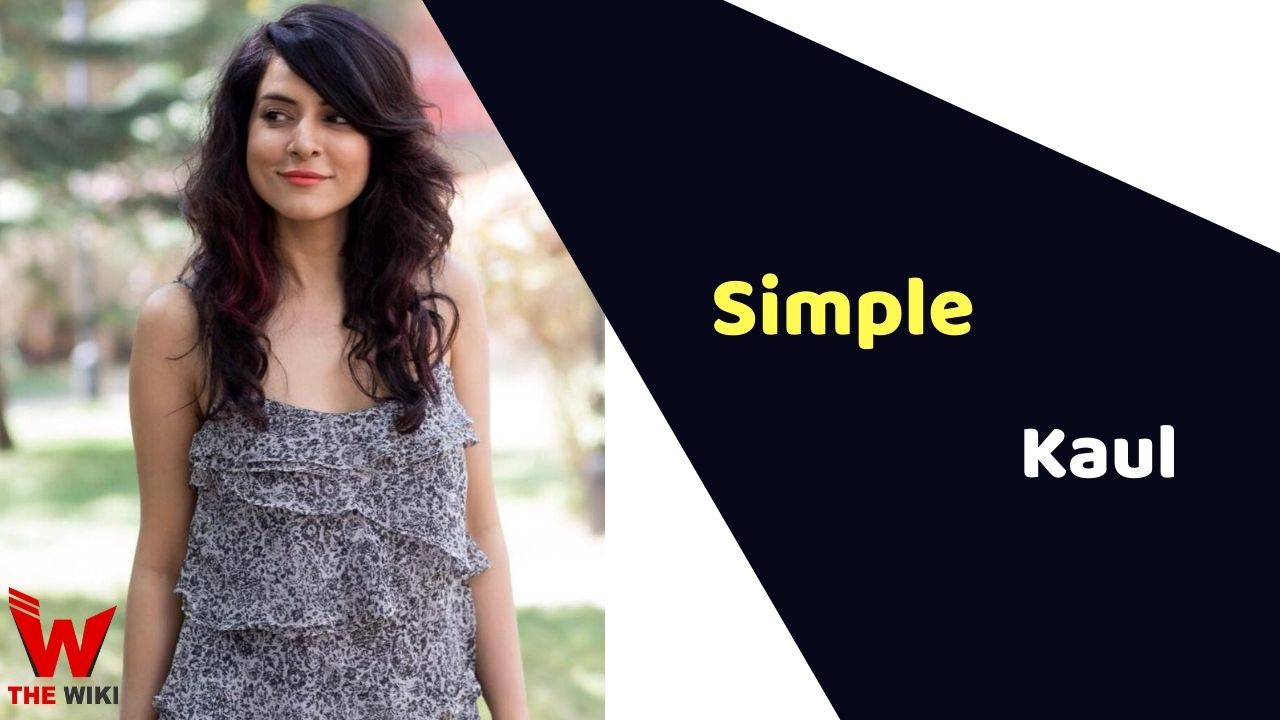 Simple Kaul is an Indian television actress, model and restaurateur. She got famous for her television serial like Shararat, Yam Hain Hum, Kutumb, Oye Jassie, and Dilli Wali Thakur Gurls. Her role Gulabo in Taarak Mehta Ka Ooltah Chashmah got praised by the audience. She appeared in the role of Parmindar aka Pam, in the long-run serial Shararat.

Simple Kaul was born on 24 November 1992 in Mumbai, Maharashtra.

Kaul started her career with the Ekta Kapoor’s series Kkusum, produced by Balaji Telefilms as Aastha Kanwar in 2002. She played the role of Pratham Mann’s younger sister in the drama serial Kutumb on Sony Entertainment in 2003. From 2003 to 2006, she starred in the serial Shararat – Thoda Jaadu, Thodi Nazaakat as Parmindar. The series is remake of American teen series called Sabrina the Teenage Witch. She later appeared in the youth tv-series Ye Meri Life Hai as Reema from 2004 to 2005.

In 2005, She acted in the comedy-drama series Baa Bahoo Aur Baby as Malaika. The story is centered around a fictional Gujarati family stays in Thakkar living in Parla East, Mumbai. The same year, she featured in the horror series Raat Hone Ko Hai which was aired on Sahara Manoranjan.

From 2008 to 2010, Kaul acted role of Jiya in a SAB TV’s serial Jugni Chali Jalandhar. She played the role of Smita Lumbain in the comedy-drama series Saas Bina Sasural. She got immense popularity by playing episodic role of Gulabo, a girl from Kashmir who says that she is the wife of Jhethala in the hit serial Taarak Mehta Ka Ooltah Chashma in the year 2012. Kaul other notable works include Suvreen Guggal – Topper of The Year, Dilli Wali Thakur Gurls, Bhakharwadi, Jeannie Aur Juju, Teen Bahuraaniyaan etc.

Simple Kaul tied the knots with an event manager Rahul Loomba in the year 2010.

Some Facts About Simple Kaul

If you have more details about Simple Kaul. Please comment below we will updated within a hour.