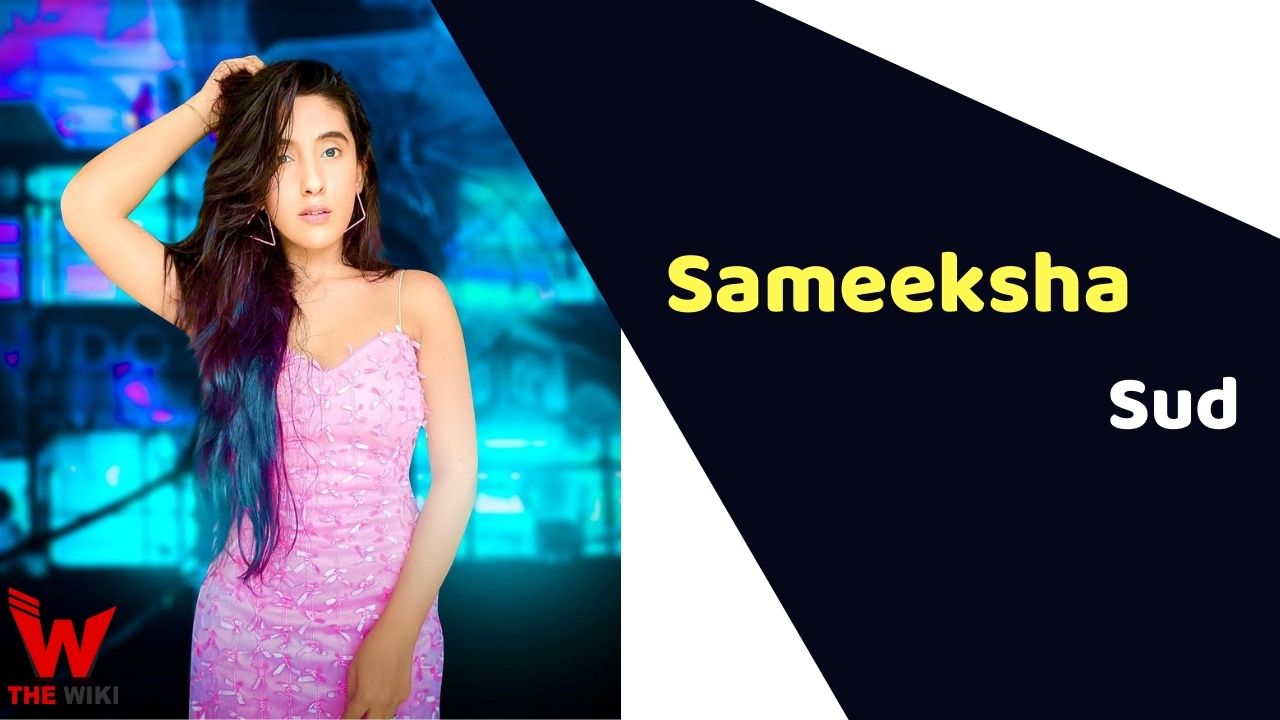 Sameeksha Sud is an Indian actress, model and social media influencer. She has millions of fans across the nation. she has been signed-in for many big brands because of her huge fan following, as well which made her even more popular in this industry. Currently, she operates a YouTube channel with two other TikTok artists.

Sameeksha Sud was born on 25 April 1993 in Noida, Delhi to a Hindu family. Currently, she is living in Mumbai, Maharashtra. Her father’s name is Naresh Kumar Sud, who is a government official and her mother’s name is Radha Sud and she is a homemaker. Sameeksha is the single child of her parents. She has done her graduation in Bachelors of Journalism and Mass Communication from Amity University, Noida.

Sameeksha started her acting career in television by playing the role of Dari Pari in the television show Baal Veer in 2012. In the same year, she appeared in a TV show Fear Files: Dar ki Sachi Tasveer. Then, she acted in Doli Armano Ki as Asha Gaurav Singh in 2013. She was seen in Gumrah Season-3, aired in 2015.

Besides, she has also worked as an anchor for a show Sanskrit Bharti which aired on DD Bharti.

Apart from acting, she is a popular TikTok artist and has been seen in many TikTok videos. She has over 25 million followers on Tiktok.  Sameeksha is a member of ‘TeenTigada’, a group of famous TikTokers. The group consists of Sameeksha, Vishal Pandey, and Bhavin Bhanushali. They also run a YouTube channel which they started in 2019 at the request of their followers. Their first YouTube video was over the topic Sameeksha Kiski Girlfriend Hai‘ as this is the most asked question by their fans.

Some Facts About Sameeksha Sud