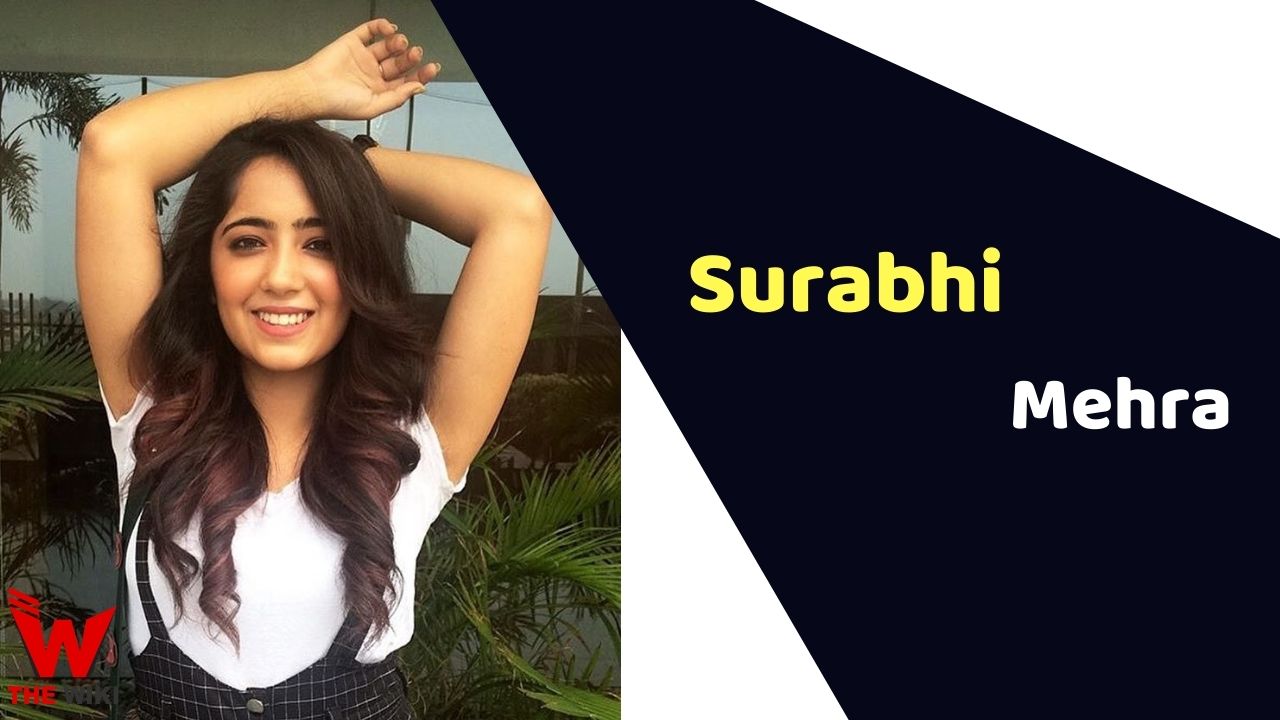 Surabhi Mehra is an Indian social media influencer and television actress. She is popularly known for as Chinki Minki (her duo combination with sister Samridhi Mehra). In 2021, she made her acting debut with Abhishek Nigam starrer TV show Hero Gayab Mode On.

Surabhi Mehra was born on 27 December 1998 in Noida, Uttar Pradesh, to a Hindu family. She has a twin sister Samridhi Mehra. Surabhi did her schooling from Noida, Uttar Pradesh itself. She did her graduation from Symbiosis Skills & Open University, Pune.

Surabhi started her career as a content creator on TikTok platform. She used to make videos with her sister, Samriddhi  Mehra and gained more than one million followers. After gaining popularity from TikTok she also appeared in television commercials such as V-Mart, Boult Audio, Realme, One Plus etc. Samriddhi has done many events across the country such as Kolkata, Indore, Ratlam, Balaghat, Bhiali, Mumbai, Delhi etc.

Some Facts About Surabhi Mehra

If you have more details about Surabhi Mehra. Please comment below we will updated within a hour.