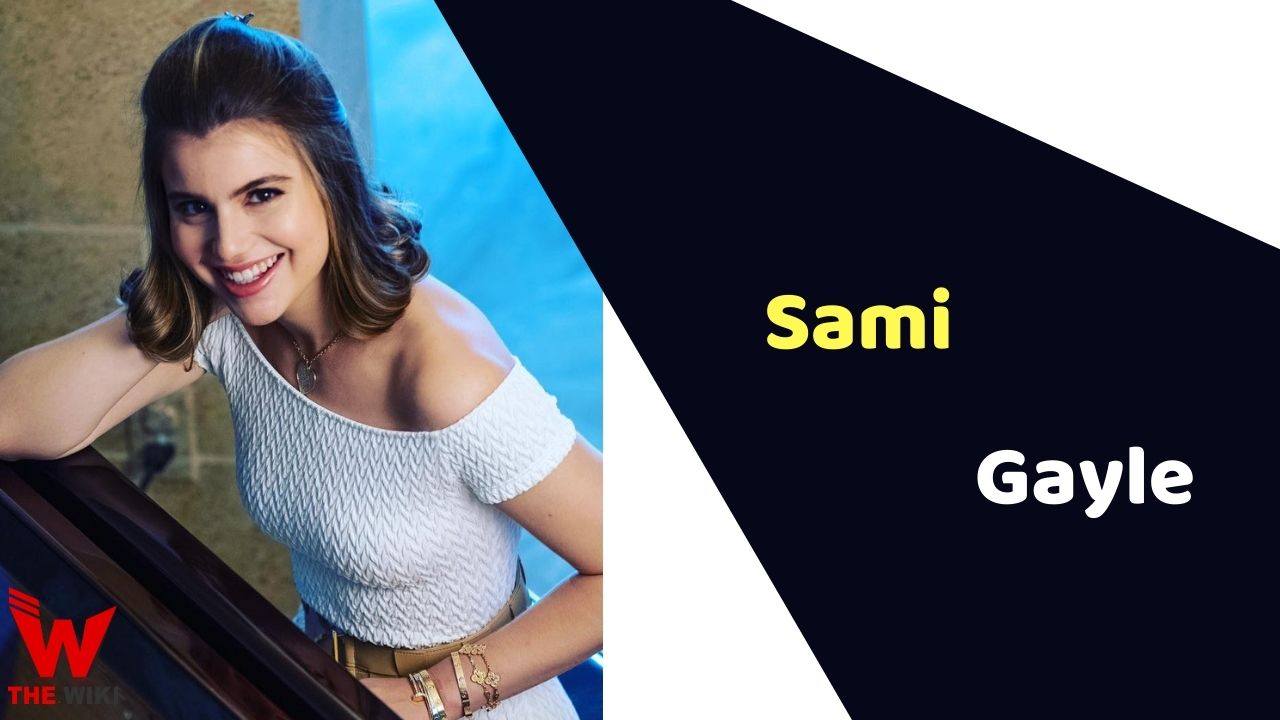 Sami Gayle (also known as Samantha Gail Klitzman) is an American actress. She is famous for her role Nicky Boyle in a television series known as Blue Bloods. She has also appeared several films such as Vampire Academy, Hateship Loveship, Noah and Candy Jar.

Sami Gayle was born on January 22, 1996 in Weston, FL. Her father’s name is Larry Klitzman, who is an attorney, and her mother Robin is an entertainment manager and a businesswoman. She also has two siblings named Jamie and Chad Klitzman.

Sami did her schooling at Everglades elementary school and then home-schooled. Later she accomplished her under graduation course in ‘Literature of Humanities’ from Columbia University.

Sami had started her career in 2009 with As the World Turns in which she appeared in three episodes. Then she appeared as the main lead in Blue Bloods and she became quite famous. She has been worked in Royal Pains, Detachment, Stolen, The Congress, Hateship, Loveship, Vampire Academy, Noah, and Candy Jar.

Some Facts About Sami Gayle

If you have more details about Sami Gayle. Please comment below we will updated within a hour.